“Oh, We All Knew To Avoid Getting in An Elevator With Rep…”

Conyers. That sentence finishes with the name Conyers.

And it was a quote from none other than Cokie Roberts.

Speaking on ABC’s “This Week,” Cokie Roberts made a startling admission: “every female in the press corps knew” to avoid being in an elevator with Rep. John Conyers (D-MI), and has apparently known about this “for years.” Conyers has been accused of multiple instances of sexual harassment and has stepped down from the House Judiciary Committee.

Despite the allegations against him, major players in the Democratic Party have defended Conyers and will not say that he should resign. Pelosi even referred to the embattled congressman as an “icon.”
Source: TownHall

If we take her at her word — how many people were victimized as a direct result of their journalistic malpractice and complicit silence?

If you ‘all knew’ to avoid getting in an elevator with him, why was that never a big deal?

After all, a sitting President once faced impeachment over sexual indiscretions.

And the biggest “October surprise” they could muster against our current President — the one the press is STILL trying to use to discredit him as misogynistic — was an audio recording of a private (‘off the record’) conversation from more than a decade earlier.

But she dared not get into an ELEVATOR with this Representative? And neither did anyone else in the press corps?

And now two former employees are leveling accusations against him.

A former staffer of U.S. Rep. John Conyers said the veteran lawmaker made unwanted sexual advances toward her, including inappropriate touching, adding to allegations by other unnamed former employees that have prompted a congressional investigation.

Deanna Maher, who worked for him from 1997 to 2005, told The Detroit News that the Detroit Democrat made unwanted advances toward her three times.

Maher is the second former Conyers staffer to go public with accusations about the veteran lawmaker. Conyers on Sunday stepped aside as the the top Democrat on the House Judiciary Committee amid a congressional ethics probe of sexual harassment allegations involving former staffers.
Source: Detroit News

Isn’t this the same group of people who had decided a few allegations were enough to discredit Roy Moore?

Ok then, if you think the allegation is adequate to condemn, why is Conyers still in office, especially now that former employees have gone on the record as having been inappropriately touched?

What kind of a predator did you people let us elect, and worse — re-elect?

This is exactly the kind of information the public would EXPECT you to disclose to them about their elected officials. So why was it withheld?

It’s exactly that sort of secrecy that ENDANGERS the women (or men) in the position of intern or employee. There’s an imbalance of power. And if he’s half the predator you would imply by that elevator remark, YOU are his enablers.

You — Cokie and the Press Corps who shared this ‘open secret’, together with the entire predator-enabling silent types. Your silence creates more victims.

Pelosi and others — are defending him.

The House and Senate for having paid hush money (at Taxpayer expense!) without having removed him, and worse, without having divulged to the public what a pig they had ‘representing’ them in Congress.

And from what we’ve heard of the ‘Creep list’… there are others out there.

Do you agree with it now that it implicates people on your side? Or are some women disposable in service of the ‘greater’ cause? 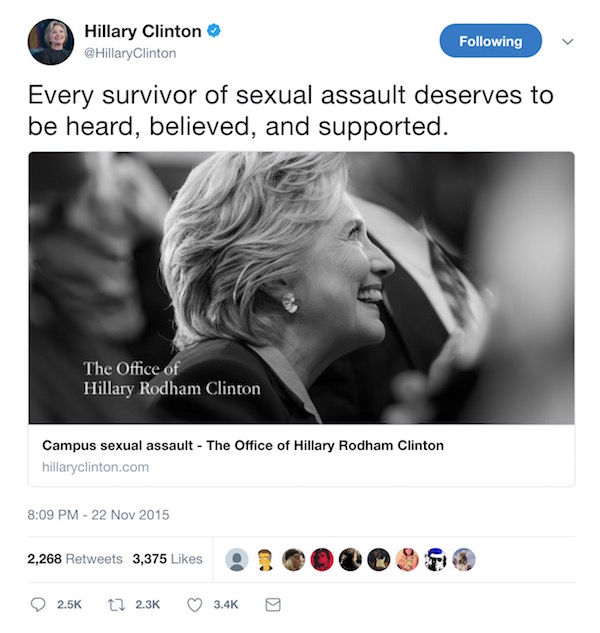 If victims continue to come out, and the turn out to be names known on that ‘creep list’ where well-meaning interns were never warned, how many victims would have every reason to name this very same press pool in any class action lawsuit?

They are given certain rights and access as journalists. Those rights are not conferred so they can SHIELD our politicians from scrutiny… but to expose them to it.

CNN is an embarrassment. A disgrace.
CNN has been called everything from the Clinton News Network to the Communist News
Network for obvious reasons. No matter what the letters stand for, this network is clearly
a Left-wing propaganda machine.
This new t-shirt says it all… CNN Sucks!
In short…

…it sucks.
If someone on your gift list agrees, your shopping just got easier.

Give them a way to mock the Fake Media wherever they might happen to
go.