It is quite hilarious, though.

Paris Hilton tweeted out that it was 11 years ago that she and Britney Spears ‘invented the selfie’.

Sure you did, Paris. 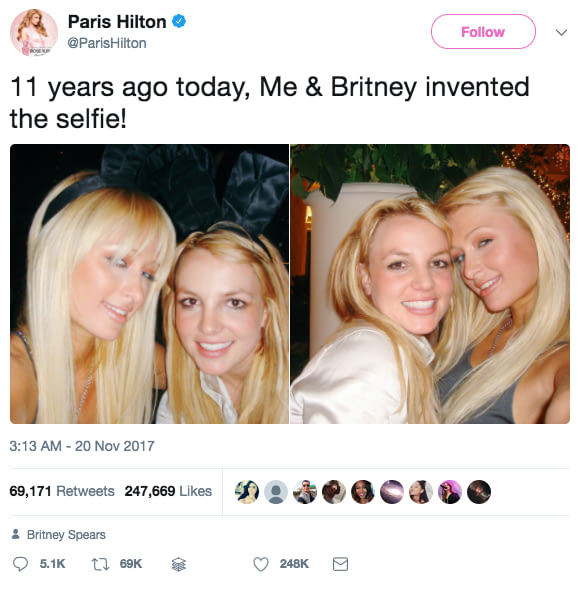 Twitter users weren’t having that, so they called her out with their own photos.

There is this famous picture that caused all sorts of headaches for the photographer who taught the black macaque monkeys to use his camera equipment. 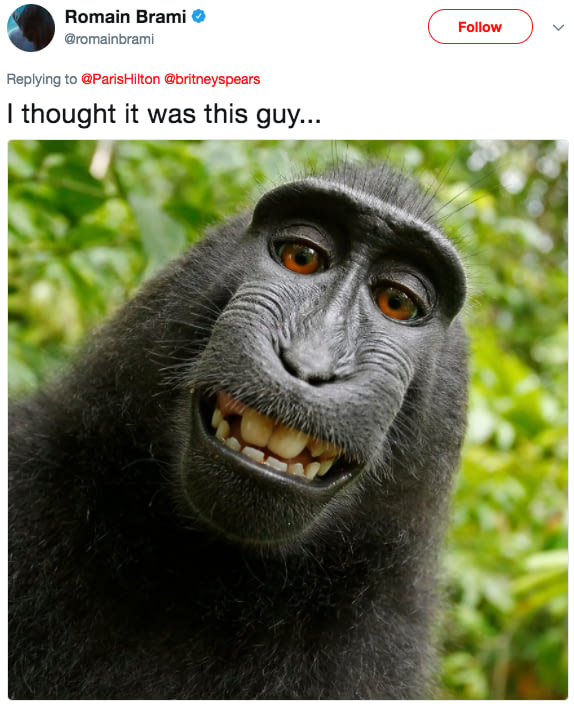 And this guy claims his cat was just one day earlier than the blonde duo. 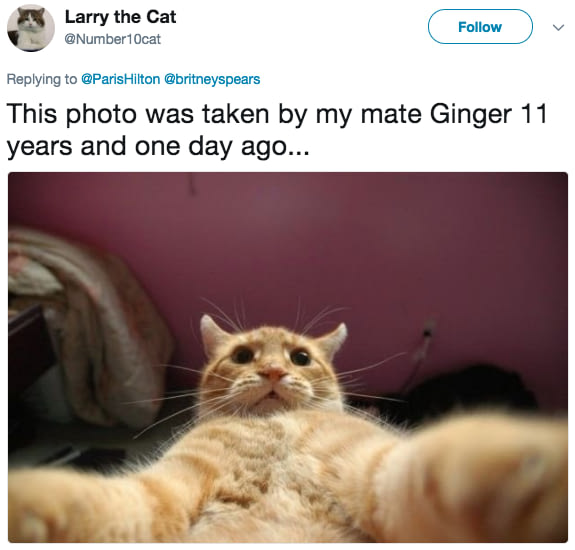 This guy thinks that he invented it with a disposable camera. 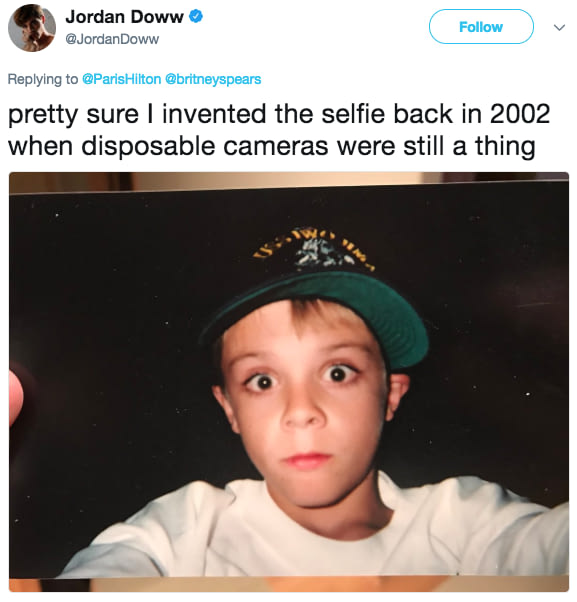 But there are cinematic examples, too. 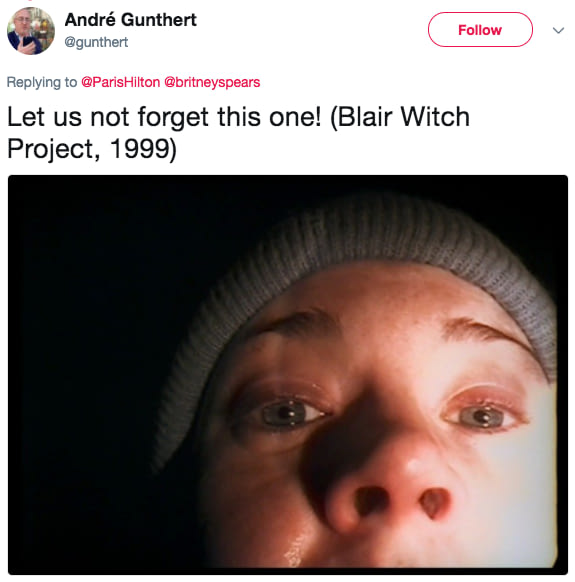 And the Science guy took this photo in 1999: 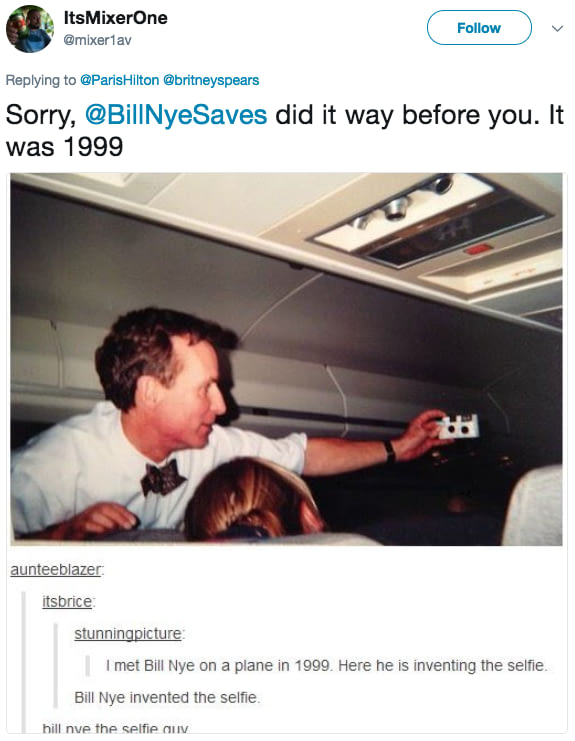 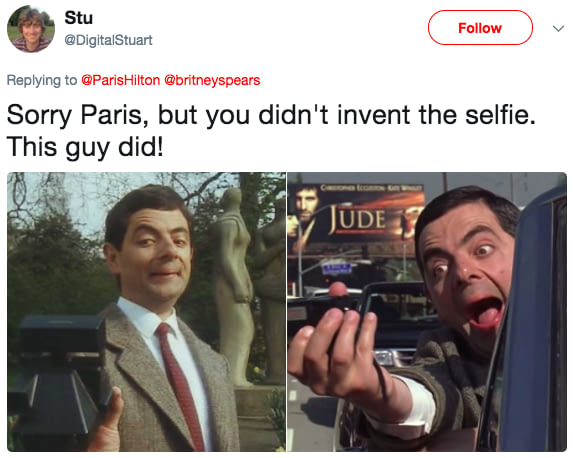 Joey and Chandler from Friends: 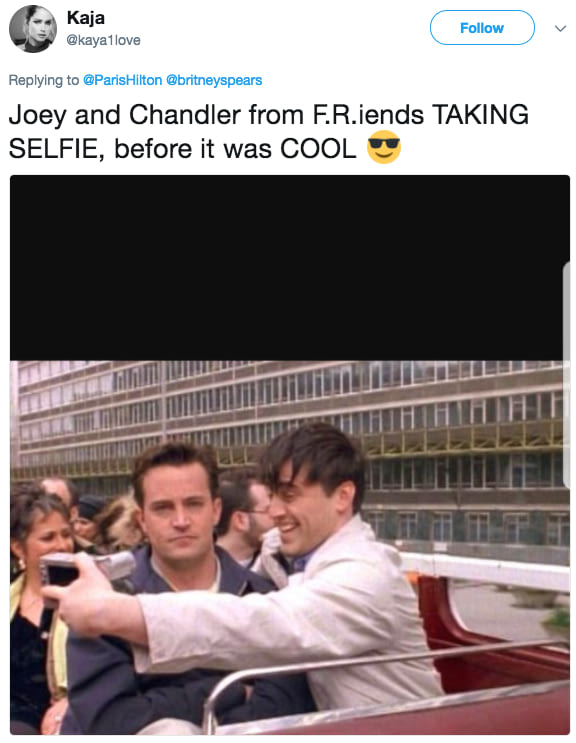 Madonna in one of her crappy movies: 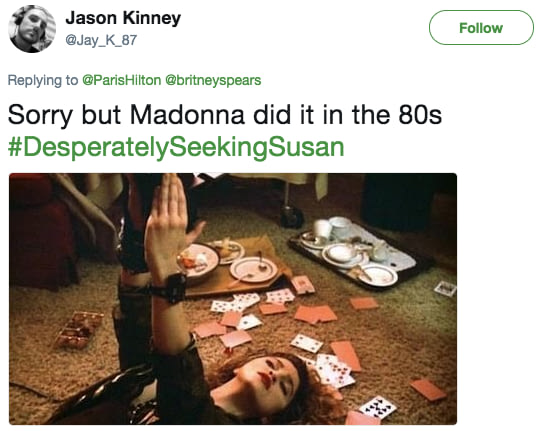 Others were convinced it was in 1966: 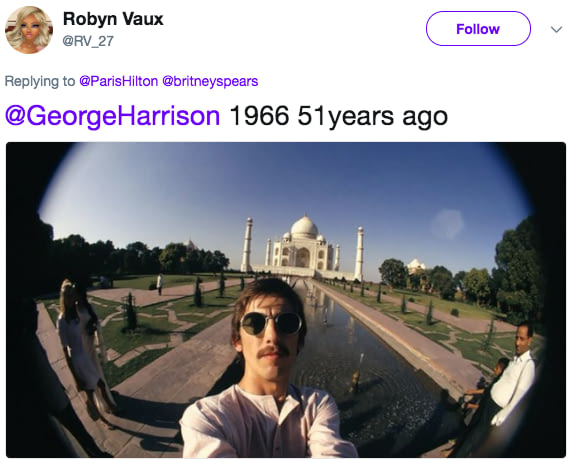 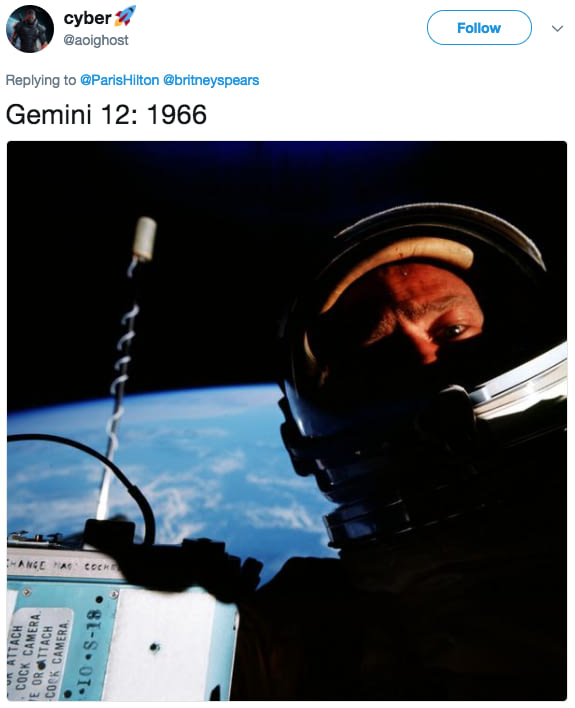 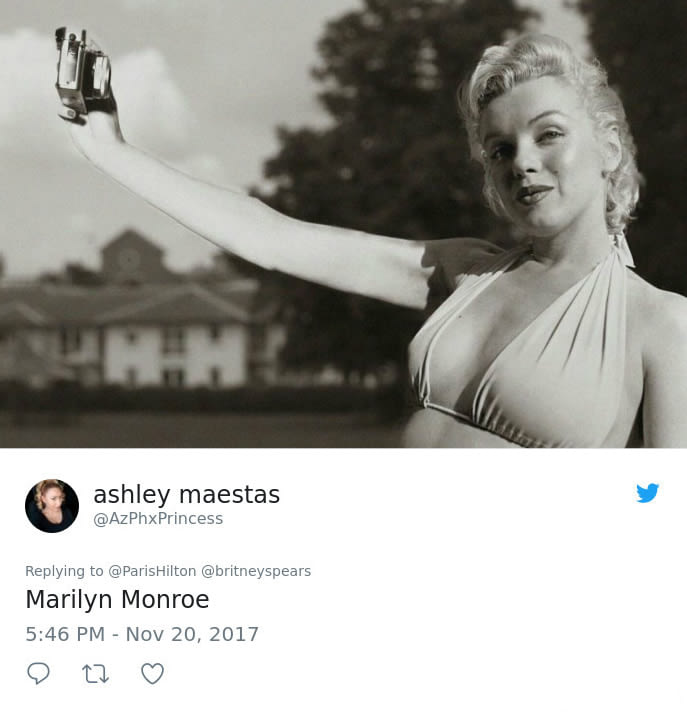 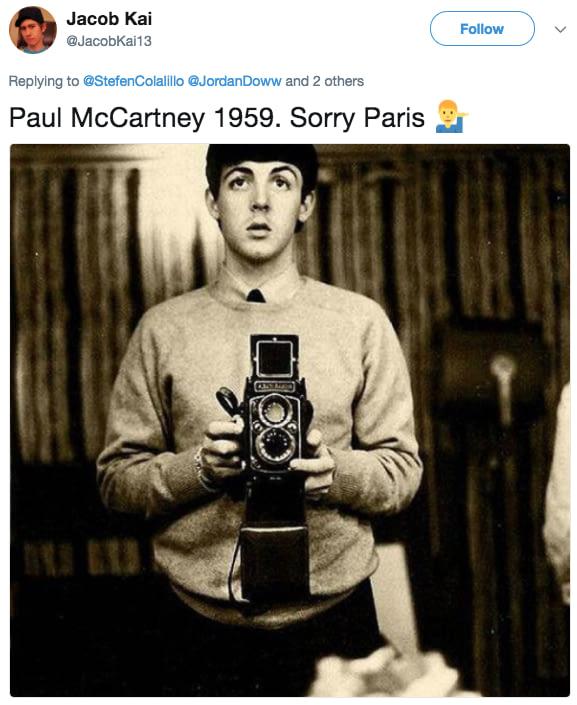 Or perhaps even earlier than that: 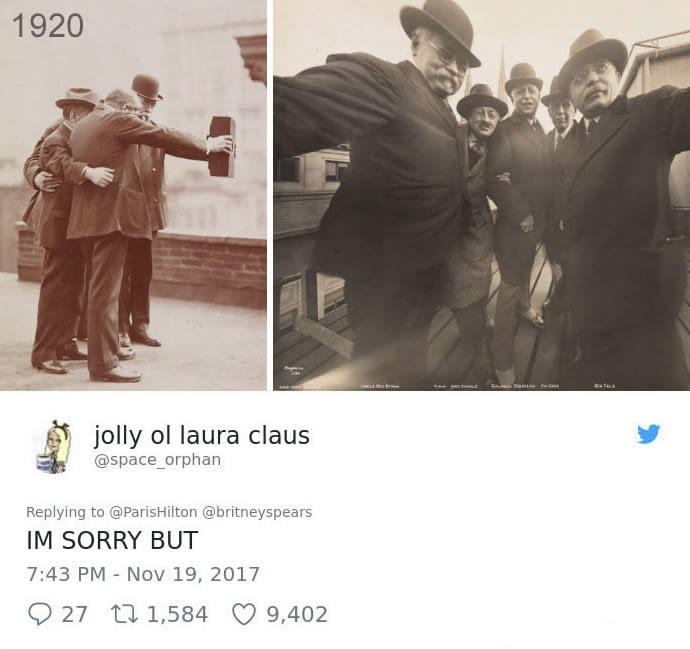 And here we are to some serious claims: 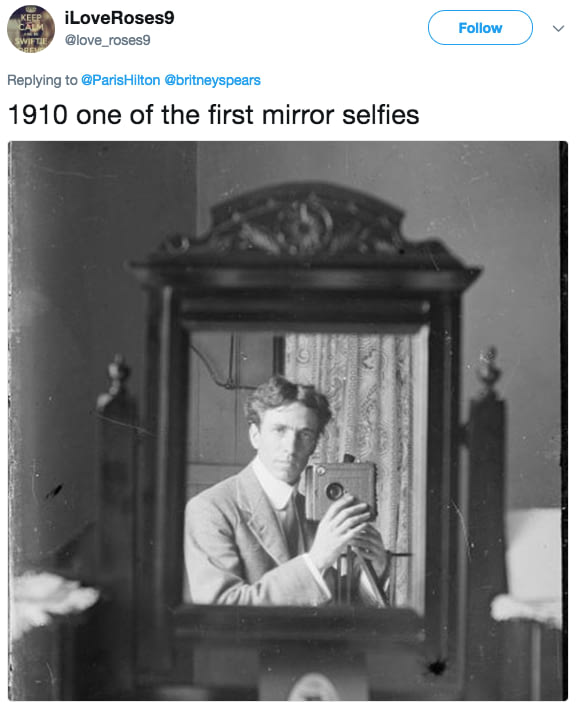 And this photograph from days gone by looks legit: 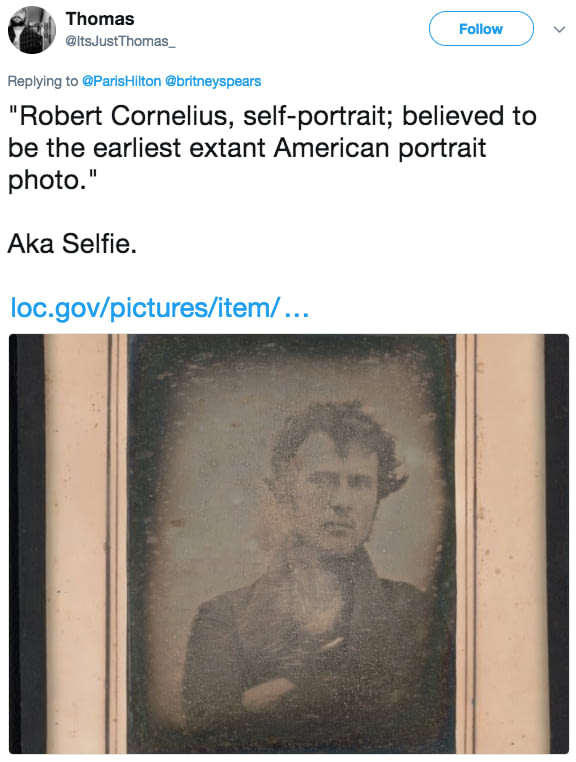 Honest Abe used his iPhone to take a selfie: 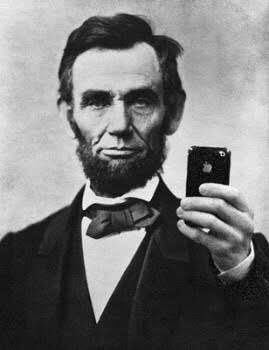 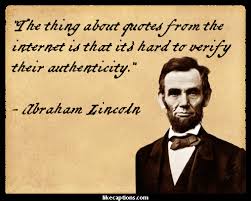 Welp… You got me there. 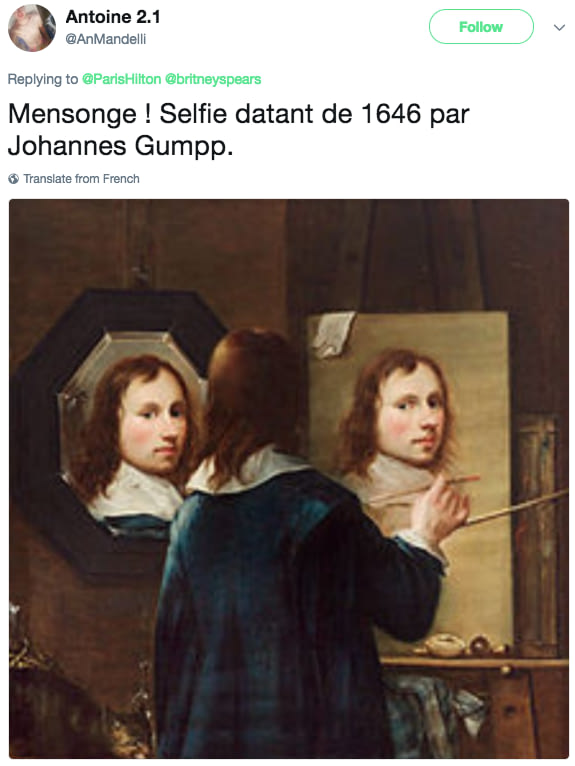 But we all know that Jesus is the Maker of all things — even selfies: 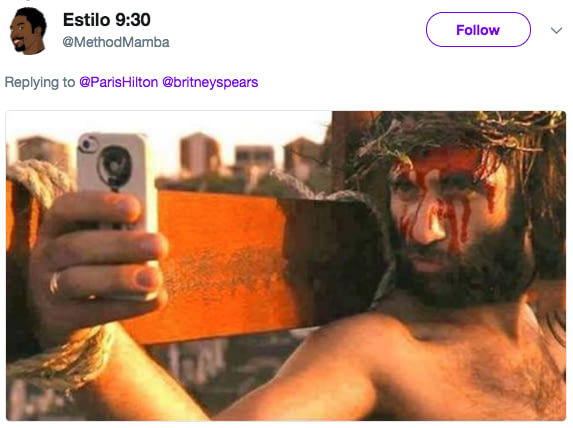