The media has suddenly found its voice and is calling out sexual sins they were once prepared to ignore. Well, SOME of them.

We’re even on the threshold of new territory — some media personalities are starting to acknowledge Bill Clinton was reprehensible and treated women badly.

Even Hillary Clinton supporter Chelsea Handler — she was going to leave for Spain, wasn’t it? — if the Clintons were not returned to the White House has come around.

When she was striking out at Moore, she got called out for it by someone she didn’t expect:

Imagine being molested by an older man. Then that man denies ever doing it and then goes on and gets elected to United States senate. What kind of message does that send to young girls everywhere? And men to all the men who abuse women?

Yeah, @chelseahandler I can imagine. I was raped by the Arkansas AG who then becomes Governor & President and NBC held my interview explaining the rape until after his impeachment hearing. But I'm sure you don't want to go there. https://t.co/s9W8NZsaZ3

I’m sorry I’m just seeing this, @atensnut. You are right and I apologize to you for not knowing your story. Democrats along with Republicans and the rest of the worlds’s political parties all need to do better and respect the firsthand accounts of victims. I believe you. https://t.co/VDIFmCvg7g

So, at least SOME people are starting to acknowledge the trail of wreckage Clinton has left in his wake.

But it’s pretty rich to believe this is the first she’s heard of it.

She has NO recollection of the ‘surprise guests’ Trump brought to the debates? None at all? Maybe this picture could jog her memory: 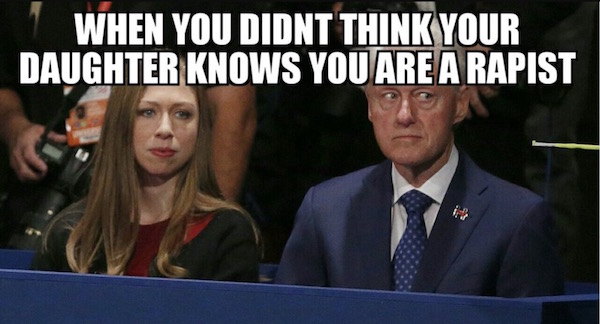 But, as we said, even if she’s a ‘day late and a dollar short’ some of the Media (D) would rather brush their teeth with dog poop than admit they believe Juanita.

Maybe it has something to do with their being in the tank for the Clintons roughly since Clinton played the Sax on the Arsineo Hall show.

But what about the ever-so-beloved Joe Biden?

We all knew he was Dopey (Smart money around here believes he was chosen partly as an ‘insurance policy’ for Barack Obama. If anything bad happened to Barack, we’d all be stuck with Joe.)

You could burn through a hilarious afternoon Googling ‘Biden Gaffes’.

But there is ALSO a whole SERIES of photos and video clips making the rounds where Biden is somewhere between awkwardly cringy and damn-near pervy.

Of course, CNN ran interference for him on that, just this summer. This is the same chick who got bent out of shape by Trump’s second scoop of ice cream.

We saw that ‘endless hug’ story just a little differently.

We saw a guy with no respect for personal boundaries of women and girls. He has no such habit of kissing dudes, holding their shoulders, or weirdly stroking their faces.

If he were a cartoon character, we’d see him as that old guy from ‘Family Guy’.

There’s a reason people made pictures like this one: 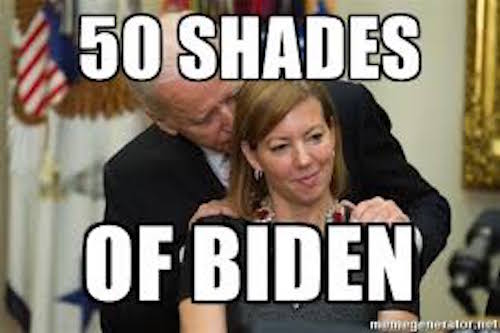 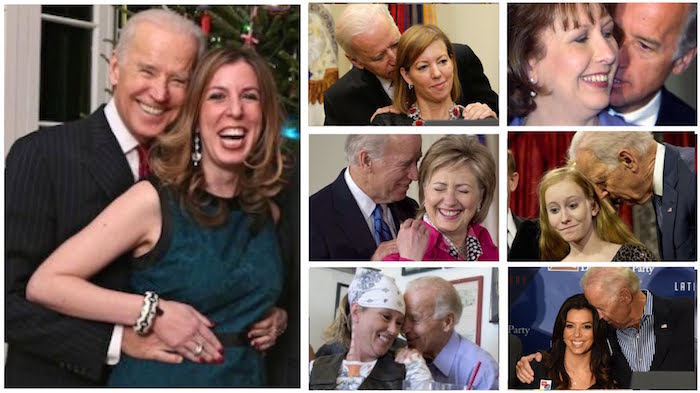 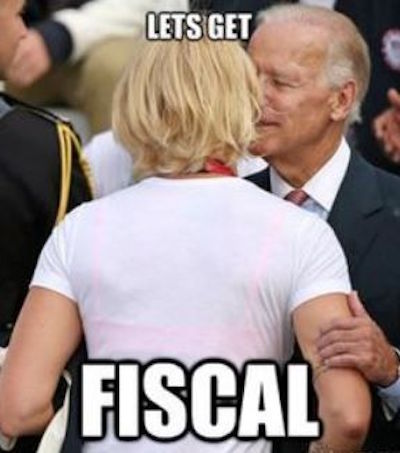 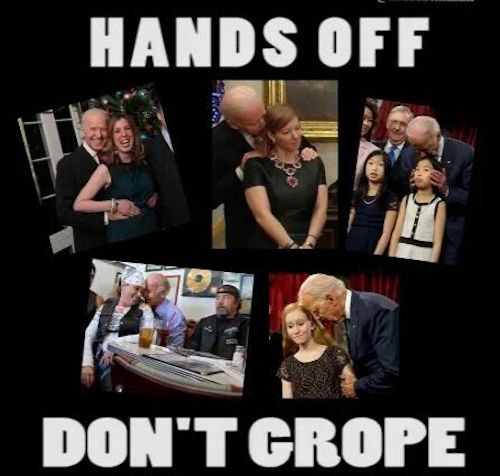 Not the kind of grandpa you’d want your kids to spend any time with.

This guy, on the other hand: