How many ‘standards of care’ does THIS nightmare violate?

Nurses are among the most respected and admired professions out there. But that reputation is no thanks to the crew giving ‘care’ to this World War II veteran.

If this family had not provided a hidden camera, we might never have known the abuse and neglect this serviceman endured at their hands… when a competent and caring staff may have saved his life. What’s even worse, is the cover-up by the Northeast Atlanta Health and Rehabilitation Center to keep these nurses employed.

Trending: Dowd’s Scathing Letter Blasts Mattis: Trump Had The B@lls To Succeed Where You Failed

The nurses were meant to be fixing an oxygen mask onto 89-year-old James Dempsey after he called for help saying he couldn’t breathe.
But a surveillance camera captured them laughing as the breathing machine failed, and Dempsey fell unconscious, and records show they waited an hour to call 911.
One of the nurses is seen laughing so hard she is doubled over Dempsey’s deathbed.
Source: DailyMail

Watch her testimony change in the courtroom as the video gets played back.

Where are all those ‘I can’t breathe’ protesters when you really need them? 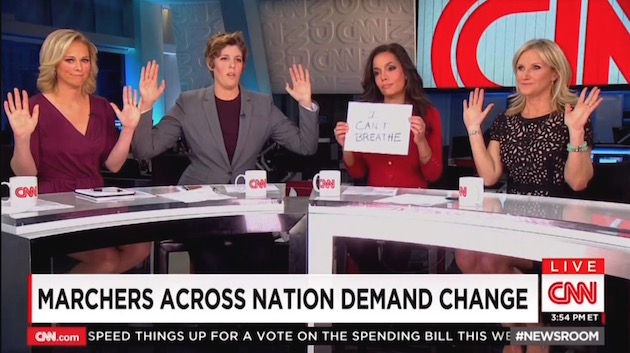 The person being questioned in this video is former nursing supervisor Wanda Nuckles.

At the 30 second mark in the video, Nuckles gives testimony about how she did everything by the book to save Mr. Dempsey’s life, including giving chest compressions until EMT arrived. (That’s before she knows about the video from the hidden camera.)

At the 1:30 mark she states that she had continued the chest compressions until help arrived, and gave the textbook reason why: “When you’re trying to save a person’s life unless a doctor says stop, you’ve got to continue. That’s always been the rule.”

You think so, do you, Wanda? Let’s check the tape.

Followed by footage of him gasping for air. Footage of the call button being ignored.

Footage of an attendant coming in, repositioning him, not checking vitals, turning off the call button, and leaving.

Footage of two staff around his bed, after the man had died, NOT attempting to resuscitate him.

Footage of Wanda arriving, with no real sense of urgency. Contradicting her own testimony.

The video then cuts to 6.23pm, when Nuckles and another nurse enter the room. They fix his blanket and adjust his bed as Dempsey lies motionless.
Prieto says to Nuckles: ‘Contrary to the way you testified previously, there’s no one doing CPR, is there?’ Nuckles replies: ‘No.’
They watch on. Another nurse enters, and all three stand around the bed talking.
At 6.30pm, as they try unsuccessfully to restart the oxygen machine and Dempsey takes his final breaths, the three appear to be laughing – with one of the nurses doubled over laughing.
Source: DailyMail

Footage of her giving six chest compressions and then stopping.

It’s damning stuff. The death was in February of 2014. The testimony with video was in November of 2015.

WXIA-TV/11Alive says the nurses didn’t surrender their licenses until this September, after it sent The Georgia Board of Nursing a link to the video the nursing home fought three years to keep secret.
DailyMail

He deserved a better end than this.

Democrat Chicago Mayor: Residents Should Not Use Guns to Defend Themselves (Watch)
June 6th, 2020 Flag And Cross

Threats Of Violence Against ‘Diamond District’ On Live TV… Is This Antisemitism?
June 7th, 2020 Clash Daily

Minneapolis Mayor Frey Now Finds Himself Needing To Beg Trump Admin for Handout After He Let His City be Looted and Torched by Leftist Mob for Days [Opinion]
June 7th, 2020 Right Wing Tribune