Miles Standish had been an English mercenary who fought with the Dutch in the war between the Spaniards and Holland (circa 1580 to 1610). (I don’t remember, but It’s one of those wars that was named for the number of years required to fight it.) He was captured by the Spaniards and sold into slavery. He was purchased by a Muslim gent. (No surprise.)

However, after a short period of, doubtless, faithful service, master and slave fell into a labor dispute, which resulted in the death of the Muslim master and the escape of Standish. He wound up back in England and was eventually retained by the folks we call the Pilgrims and he went along for the ride. He provided invaluable services. He was the “muscle.” I don’t know if Captain Standish shared the Faith of his employers, but he did share some wild adventures with them. Funny how God takes an invisible hand in the affairs of His people. 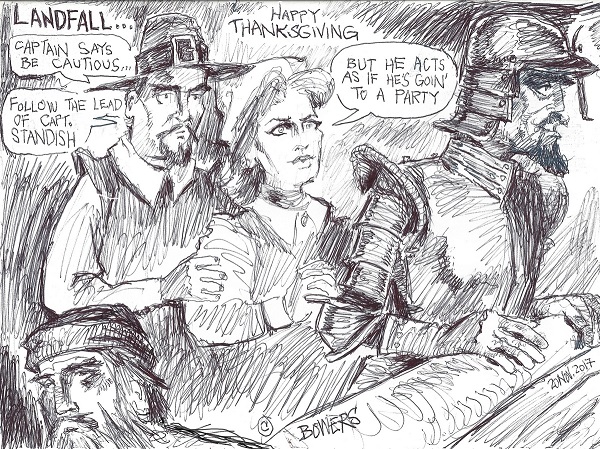