This President doesn’t bow to foreign leaders… or make his wife wear a head covering on foreign soil.

Were you sick and tired of Obama’s ‘apology tours’?

Of a President that cheered the ‘Arab Spring’ and then stood helpless while Extremist groups took charge in the region? Of watching race relations degrade under the one guy uniquely positioned to repair them.

Of mom jeans on a bicycle and ‘leading from behind’?

Of letting Russia gain strength in Europe and the Middle East? And what about that Iran Deal?

Let’s not forget his weaponizing of the government against the very citizens that elected him!

It wasn’t just Obama, either.

North Korea’s a problem that goes all the way back to Slick Willy. He didn’t mind bombing an aspirin family, but played his role in North Korea becoming a nuclear power.

How about so-called ‘the Last Republican Presidents’?

Dubya had some good points, sure, but he came with a lot of baggage, too. Hell — his dad even voted for Hillary. Hillary! While Dubya voted ‘none of the above’.

We haven’t forgotten who rammed the phrase ‘Religion of Peace’ down our throats at every turn, have we Dubya? (Weird nickname for a movement founded by ‘The Prophet of the Sword’, don’tcha think?)

We haven’t forgotten who thought ‘bipartisanship’ could buy reasonable behavior out of a group that portrayed Dubya as a ‘War Criminal’ or ‘Hitler’.

How he let himself be thrown around like a ragdoll by a partisan press, without EVER calling them on the carpet about it? Unacceptable.

Speaking softly only works when you carry a big stick. And Trump? He showed the world our MOAB. He’s got himself a great big swinging stick.

If you wanted to express in a single picture the nightmare that Trump has become in the eyes of the partisan Media (D), this would be a good candidate. 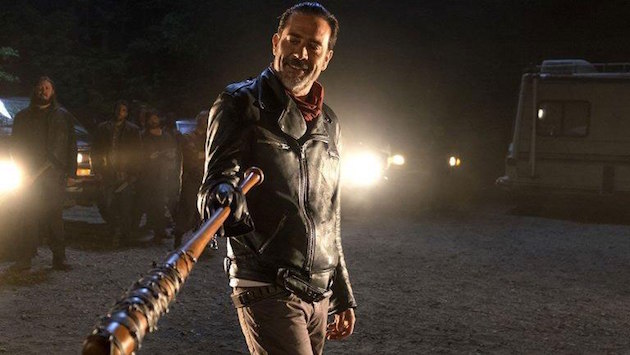 He may not REALLY be the villain the Left so deeply believes Trump to be, but there are still some similarities:

Trump’s got swagger.
He’s got moxy.
And he thoroughly enjoys the fight.

Good LORD how we’ve missed that!