It started as a joke name mocking the obsessed — until scientific studies confirmed it as a real disorder.

You know those people who can’t go 10 minutes without snapping a picture — usually with themselves in the frame? The ‘pics or it didn’t happen’ crowd?

You may have been joking about them being mentally unstable.

But science is now backing up that joke.

There’s a scale to objectively measure it and everything.

‘Selfitis’ – or the obsessive taking of selfies – appears to be a genuine mental condition, research has suggested.

And now psychologists have devised a test which you can take to see where you fit on the ‘selfitis’ scale.

The term was first coined in 2014 as part of a spoof news article claiming selfitis was to be deemed a mental disorder by the American Psychiatric Association.

Following this, researchers at Nottingham Trent University and Thiagarajar School of Management in Madurai, India, investigated whether there was any truth in the phenomenon.

After confirming that ‘selfitis’ does indeed exist, they tested out a framework for assessing its severity on volunteers. They say there are three categories – ‘borderline’, ‘acute’ and ‘chronic’.
Source: DailyMail

Not sure if that scale says anything about taking a selfie at a funeral. 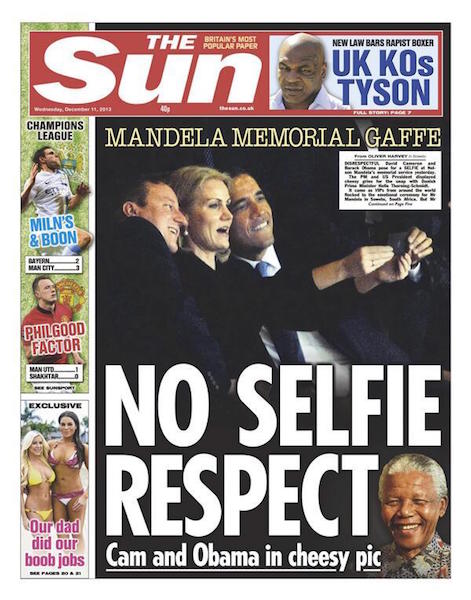 Strange how Joe and Mika pick out the President who isn’t seen holding a phone up for a selfie as ‘mentally unbalanced’.

Here’s the test they came up with. 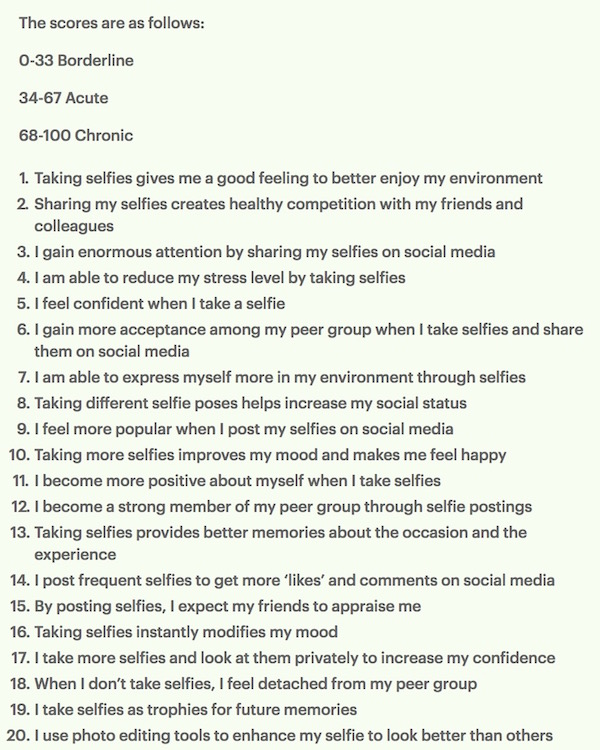