This Miss Iraq scandal must be huge news for Feminists — after all, we all saw them dig up decades-old weight comments to ‘incriminate’ Trump.

Unless of course, the only REALLY care about women suffering when that pain can be used to whip up emotion in service of a political play.

Women’s suffering = ‘a means to an end’. Even it today’s political climate, that’s pretty cynical.

Which certainly seems like what Gloria Allred’s daughter has been up to in her payoffs of the Trump accusers. Even the would-be accuser wised up to the fact that Bloom was more intersted in ‘burying Trump’ than being a voice for her ‘client’. “This is why I have trust issues!” she said.

This is the person they dug up to ‘implicate’ Trump for ‘fat-shaming’:

DEAR CNN: Remember When YOU Ran Your OWN ‘Miss Piggy’ Hit Piece Back In ’97?

Decide for yourself whether it was Trump or the Media that was ‘in her corner’ back then.

Now that we see the level of outrage that a Miss Universe contestant can whip up when her weight is discussed, let’s turn our attention to the current contestants. 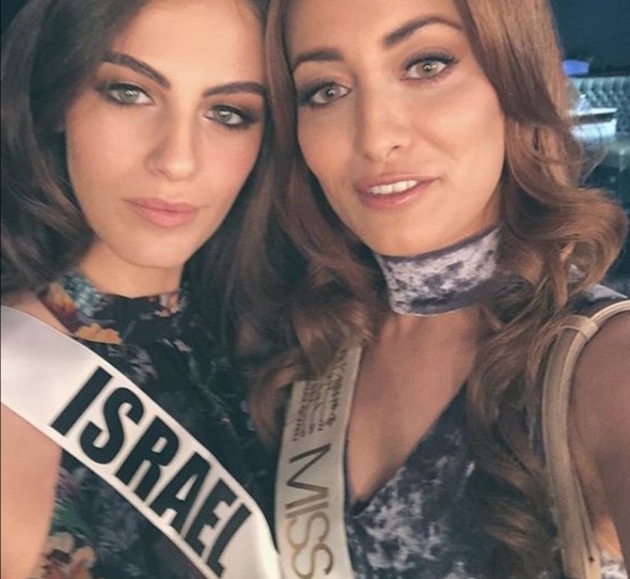 Miss Iraq, Sarah Idan, became friendly with fellow contestant Adar Gandelsman, the Israeli contestant in the Miss Universe International Beauty Pageant held in Las Vegas last month. They even posted pictures together on Instagram, wishing “love and peace” to all – but the reaction of Idan’s fellow countrymen has been anything but peaceful.

So many people posted comments that cursed her for this act that the 27-year-old beauty queen felt she had to defend herself, noting in another post that the picture only showed her desire for peace and “does not signal support for the government of Israel and does not mean I agree or accept its policies in the Arab homeland.” And she apologized to anyone who considered it “harmful to the Palestinian cause.” But, courageously, she did not remove the photo from her account.

Idan’s participation in the swimsuit competition of the event also aroused great anger, with her family actually leaving Baghdad temporarily after being threatened by their more conservative relatives after that preliminary round of the pageant. However, Miss Israel told Israeli TV Wednesday that Idan’s relatives have now been forced to leave Iraq because of the anger over their joint picture, as well as ones of her modeling in a bikini.
Source: World Israel News

Will leftists put down their Palestinian flags long enough to realize just who they are throwing their BDM support behind?

Wishing LOVE AND PEACE to all (this is the personification of that coexist sticker, right?) that sentiment was so abhorrent to people in Iraq that the family members of Miss Iraq had to flee for their lives.

Such tolerance from the Religion of Peace that it left people who ran afoul of it running for their lives. (And not for the first time.)

But somehow they keep getting a pass from the ‘enlightened’ Left. Maybe we need to start calling the Left out on just how ‘enlightened’ they think they really are. (Speaking of being ‘given a pass’ — how long until Franken is finally gone, since he has given that non-apology, I’ll quit when I’m damn good and ready response. Why shouldn’t he follow the example of Bill Clinton and carry on as thought nothing has happened?)

As for the peopel of Iraq? They can keep their religion. We’re happy with bikinis and beer, we can enjoy here in America, thanks!

A Guide for Men: How to Deal With the Police
June 4th, 2020 Brass Pills