The line that Anderson Cooper, Don Lemon and the race-baiters on the ‘news’ want you to believe is that Trump is racist and hates Haitians.

Somebody give Snopes and Politifact the memo:

Fact-check, “False”. In fact, after reading this story, you might want to go back and question ALL the accusations of ‘racism’ and ‘white supremacy’ that they were so quick to report. Better still, ask WHY they were so breathless to report them.

CNN talking heads are still telling panelists that Trump is ‘absolutely’ a racist. And that was the real meaning of his (alleged) Sh*thole statement.

Unlike most leftist Slactivists, the ‘evil One-percenter’ Trump puts his money where his mouth is.

Paul appeared on NBC’s “Meet the Press” with host Chuck Todd where he revealed that Donald Trump, as a private citizen, was a major financial backer of medical mission trips to Haiti which resulted in life-changing surgeries for hundreds of Haitians.

Let the leftists answer how ‘racist’ Trump could say this?

When there was no political gain to be made, nor political favor to be exchanged, Trump bankrolled a mission of mercy… to Haiti.

Here it is, with full context. The relevant part picks up around the 30 second mark:

“I know personally about his feelings towards Haiti and toward Central America, because when I was not a candidate for president and he wasn’t a candidate for president I went down there on a medical mission trip,” Paul continued. “I did about 200 cataract surgeries with a group of surgeons in Haiti and the same in Central America, and when we asked Donald J. Trump as a private citizen to support those trips, he was a large financial backer of both medical mission trips.”

“So I think it’s unfair to sort of draw conclusions from a remark that I think wasn’t constructive is the least we can say, and it’s unfair to all of a sudden paint him as ‘he’s a racist’ when I know for a fact he cares very deeply about the people in Haiti because he helped finance a trip where we were able to get vision back for 200 people in Haiti,” Paul concluded.

But since the Clinton Foundation investigation is still going strong, maybe Haiti is a topic the news SHOULD be covering. Here’s a story that went public in 2015, well before Clinton won her party’s Primaries.

How the Clinton Foundation Got Rich off Poor Haitians 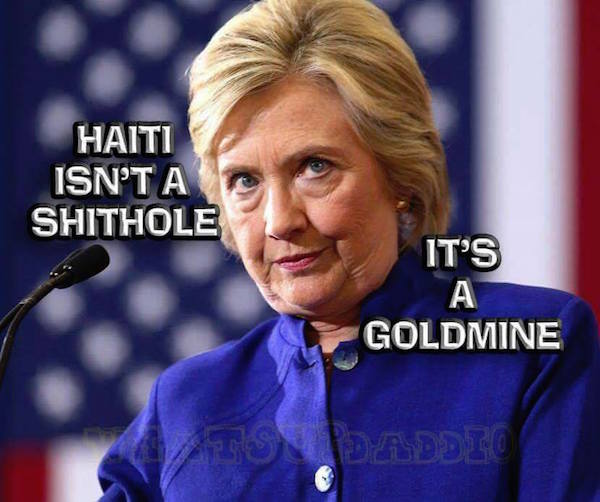 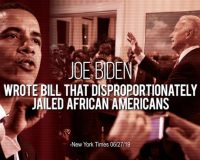 Obama Is DEMANDING This Pro-Trump Ad Gets Removed From Television Or Else
February 27th, 2020 Right Wing Tribune

Dear Bernie: Did You Know That Those ‘Cheap’ Diabetes Drugs In Canada Have Been Recalled — Here’s The 411
February 27th, 2020 Clash Daily