Lately, all the gun-grabbers on the left have really made us wonder about them…

What do they have rattling around up there in those noggins?

Do they not want to permit Americans the right to defend themselves, their loved ones, and their property?

Do they just not comprehend that the purpose of the Second Amendment is to protect us from tyrannical government?

And why is it that the left — which just months ago said that police forces were corrupt and killing black people indiscriminately — is now pushing the idea that only the police should carry guns?

Do they not comprehend that the Sutherland Springs church shooter was stopped by an NRA instructor with an AR-15?

Do they not realize that criminals won’t obey gun control laws just like they don’t obey drug laws? 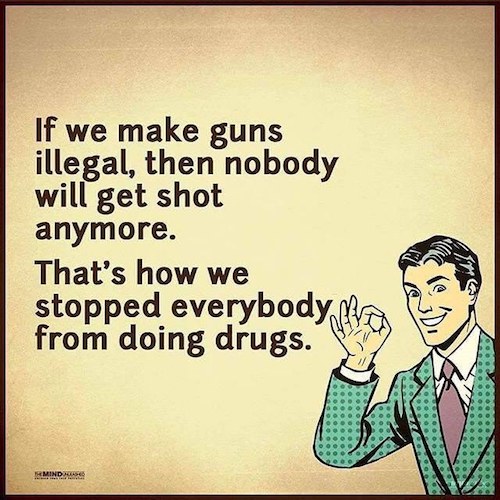 They don’t use facts, they use feelings.

And they push their narratives by manipulating peoples’ emotions.

In the wake of the Parkland school shooting, they’re trotting out activist high school kids to push a gun control agenda.

God help you if you dare disagree with a teenager that suffered a traumatic ordeal.

They just can’t help themselves.

After all, look at what the Mayor of crime-free Chicago says:

Do you know why they have to rely on feelings?

It’s because feelings are all that they have.

We’ve all wondered for a long time, but it looks like medical science has finally determined the problem. It’s spreading like a plague.

For some reason, Liberals are losing their ever-loving minds.