DANG! This pretty lady gets it spot on! Can anyone dispute this?

This badass Texan, Kim Daskam, has laid out the real ‘collusion’ scandal, and she seems to have this exactly right.

She sums up the past nearly three years of the Pro-Hillary agenda that was determined to keep anyone else out of the White House. 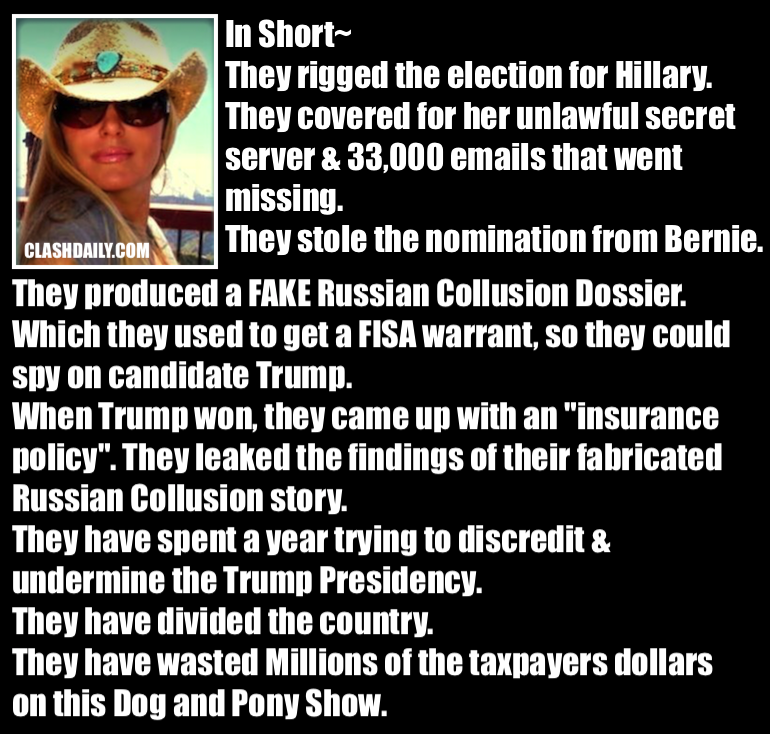 When it’s all laid out like that, can you dispute it?

What do you think, did she get it right or is she way off?

Do You Agree With This Texan?

Are you really surprised?

Barry had made it clear that he wasn’t above the ‘Chicago way’ when it came to politics — he has weaponized government against his political enemies before when he used the IRS to target Tea Party groups.

The Democrats can shriek and whine on air with their Media (D) co-conspirators, but they’re going to have to face facts, the Nunes Memo is damning.

And it’s not making Obama, Hillary, or the Media (D) look very good.