Is there any more perfect way for students to give the finger to those Progressive Jackboots?

The school walkout was ‘big news’. It couldn’t HELP but be big news… even before it happened. Why? Because every ‘progressive’ community organizing group and their dog was sending out pressers to MAKE this “grassroots” movement big news.

But watch what happens when the kids turn that narrative on its head.

We called BS on the walkout being grassroots right from the beginning.

Has Anyone Else Noticed Something Sketchy About How Quickly This Crisis Became a ‘Movement’?

We also gave Hell to the ghoulish opportunists that were already turning this into a political event before the next of kin had been notified.

Students have since flipped the script.

Teachers gave a big thumbs up for a policy that was ‘protecting lives’ of students. A march to ‘honor the lives’ of those seventeen dead in the Florida shooting.

One teacher, as part of a critical thinking exercise, [God bless her for being a teacher that even still knows what Critical thinking is] asked whether other causes would be equally supported by schools and faculty. Or if they were just supporting this because it lined up with their biases?

Great question. Those double standards are now being put to the test.

He says his history teacher inspired the idea. She was a teacher that paid the price for swimming against the tide.

You can read about the teacher’s story here:
This High School Teacher Is In Trouble Over The Anti-Gun Walkout — Here’s The 411

There are some key similarities and differences between this protest and the other walkout.

First, they are both organizing in support of the lives of victims.

Second, they both involve student protests during school hours, on school property.

Third, this one does NOT have the organized support of leftist activist groups across the country, and is therefore truly ‘grassroots’. (Which means the one everyone got giddy about in the news is what the left likes to call ‘astroturf’ when it supports causes they dislike.)

“Abortions aren’t really anything that has to do with school or students here,” said Naeirika Neev.

Neev is the editor of the school newspaper. In her posts, she’s using the hashtag “enough is enough” to promote peace, and take a stance against anything anti-abortion on campus.

“They have their First Amendment, they can go protest about that anytime anywhere,” she said.

But Brandon says protesting on school grounds is just the point.
Source: CBS

The Newspaper editor wants them to NOT exercise their free speech on campus, becasue she dislikes what he is supporting.

We’ll give her a moment for the irony of that to sink in. 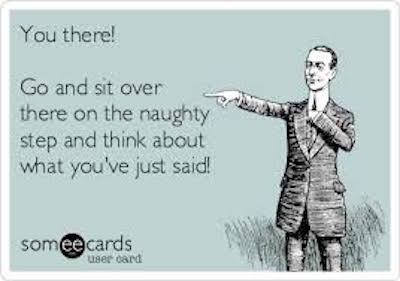 Brandon hasn’t picked a date yet, but he’s set to speak with is principal.

We hope he records the meeting.