Oops. Like the lippy kid who talks smack while standing behind a teacher, professor Jarrar hid behind her tenure. Until…

Well, let’s just say she’s not as bright as she thinks she is.

It turns out the Fresno Prof who made the news for being a classless harpy cheering the death of Barbara Bush, and bragging she couldn’t be fired from her $100k a year job “because she has tenure” obviously didn’t read the fine print.

You can get caught up on that story, here:
‘I’m Happy The Witch Is Dead’: Muslim Fresno State Professor Gloats Over Barbra Bush’s Death

Before we get to the school’s response, we’ve since found out a little more about this professor. She is SO bold about her free speech she has suddenly put her Twitter account on ‘private’. It turns out she was a real ‘winner’ on Twitter long before she ever made national headlines.

Before the account went private, some of her more offensive tweets were, of course, screen captured.

They involved a lot of profanity and some explicitly anti-white and anti-Jewish racist statements.

As bad as that was, she must have thought she was being clever when she posted this: 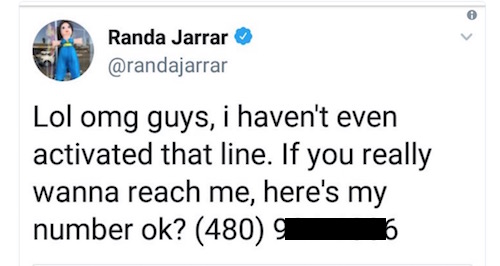 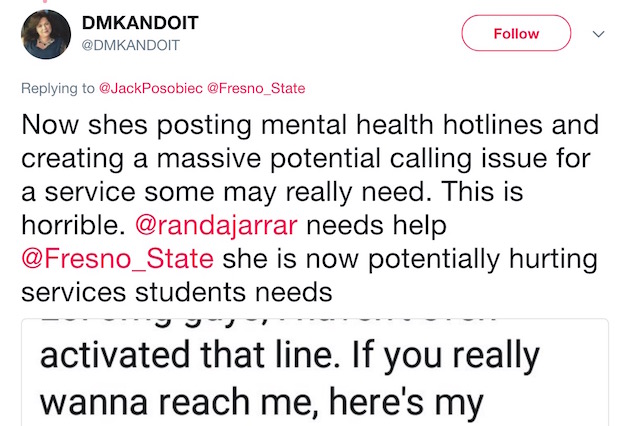 It seems the school had a thing or two to say about those proclamations about her job security.

On Wednesday, the Fresno State professor who bragged on social media that she couldn’t be fired because she is tenured got a harsh reality check from Fresno State’s Chief Academic Officer (CAO).

During a press conference that was held to address professor Randa Jarrar’s offensive tweets, CAO Dr. Lynnette Zelezny said that tenured employees are not exempt from firing.

“The technical question you are asking me is: ‘Does tenure mean that you technically cannot be fired?'” Zelezny said. “The answer to that is no.”

Strangely, her locked Twitter account happens to state that her opinions are her own and that she is currently on leave.

Imagine that. Whatever happened to that lippy kid boldness we saw only a day or two ago? It suddenly vanished.

Did she suddenly learn that free speech doesn’t mean speech without consequences?

Welcome to the real world, lady.

And she might want to update that resume. Just in case they decide her publicity is more of a liability than an asset.