Would you consider this a threat?

If anyone should understand and respect the value of the Second Amendment, it ought to be a police chief. After all, just today, we were discussing the story about the ‘good guy with a gun’ who stopped a gunman cold.

The only fatality was the guy who shot up a couple of teens on their way to celebrate a birthday party at a restaurant.

So why is he so antagonistic to Dana?

Could it be because he is a Sanctuary City guy, and doesn’t like being called out on it? 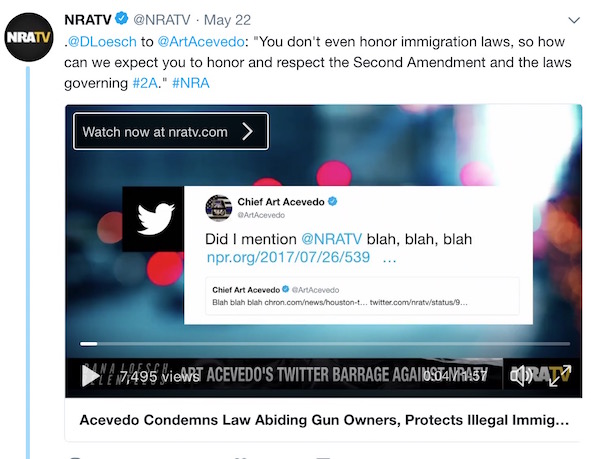 (To which one reader had exactly the right reaction…) 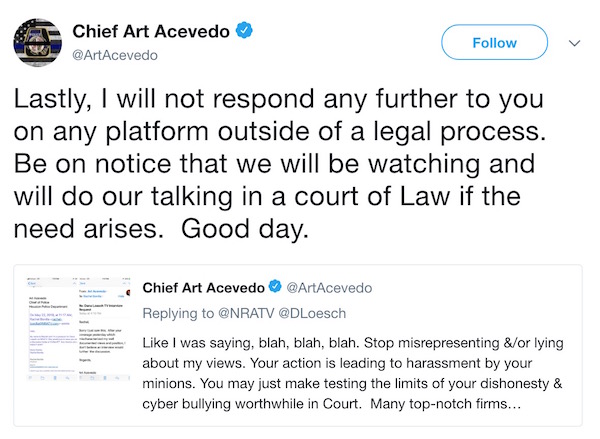 That led to this: 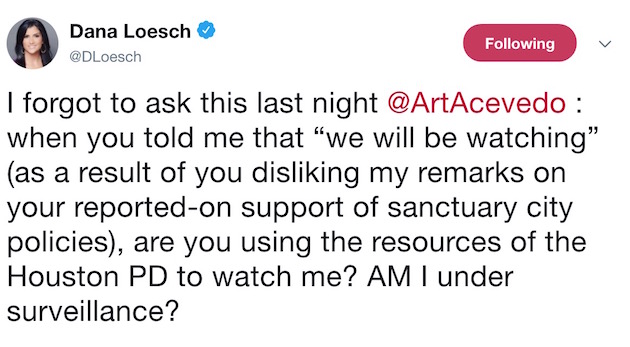 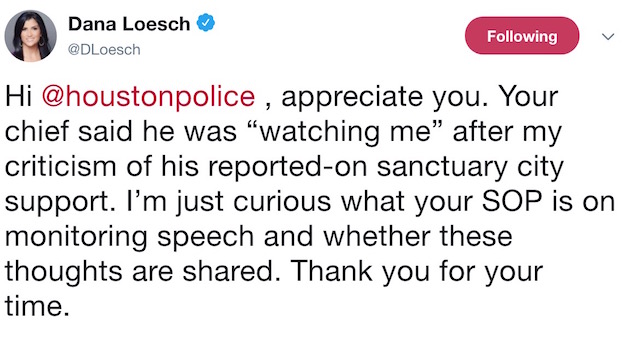 Then she kicked up a notch… 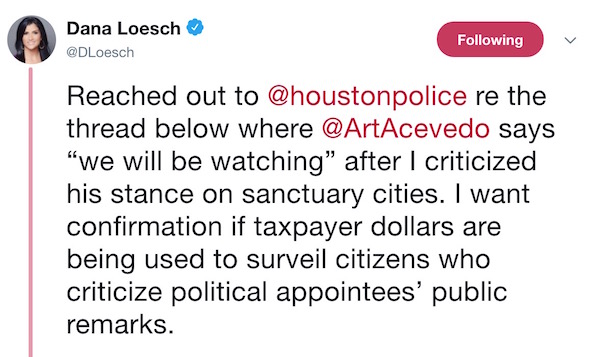 As it relates to Acevedo’s promise to “watch me,” I’m particularly curious how his behavior squares with Texas Penal Code 39.03. https://t.co/kMMXv8WDYp

Funny thing about that Penal Code she referenced? 39.03 isn’t the only part of that link that should be of interest to Acevedo, what with that whole Sanctuary City thing that kicked off the conversation in the first place:

(a)  A person who is a sheriff, chief of police, or constable or a person who otherwise has primary authority for administering a jail commits an offense if the person:

(1)  has custody of a person subject to an immigration detainer request issued by United States Immigration and Customs Enforcement; and

(2)  knowingly fails to comply with the detainer request.

The comments section was, shall we say … interesting.

Here are a few standouts.

Like this one, where ‘donato356’ makes a great point:

Even Police Chiefs are answerable to somebody, right?

This tweet is as good a representative of the overall thread as any:

But if this writer had to pick a favorite? It would be this one: 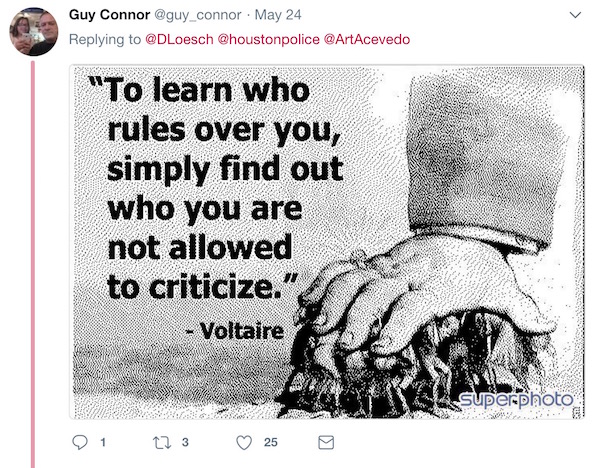 Although not seeing any version of this in there was simply a missed opportunity: 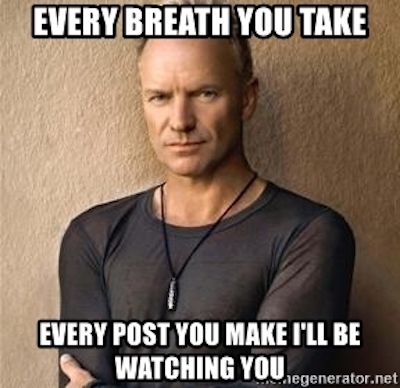 What’s with the insanity in the news lately?

Have we all lost sight of what it means to be a ‘Public Servant’?