The newly released unclassified House Intelligence Committee report reveals that there were some questionable redactions used in the original. Check it out…

Sean Davis of the Federalist lays out a compelling case that the redactions relating to the Michael Flynn case were put in to protect swamp-things like Comey.

It’s interesting to note what is and isn’t redacted.

Here are the first pages he shared. This is the same document. 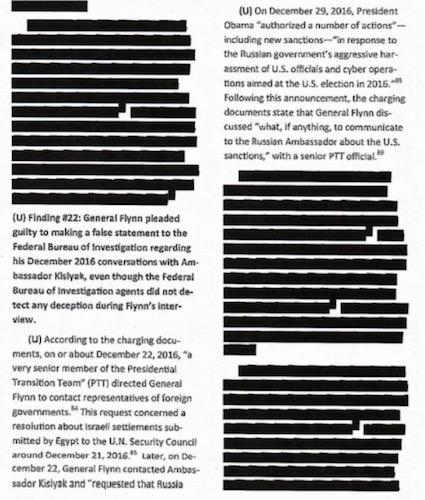 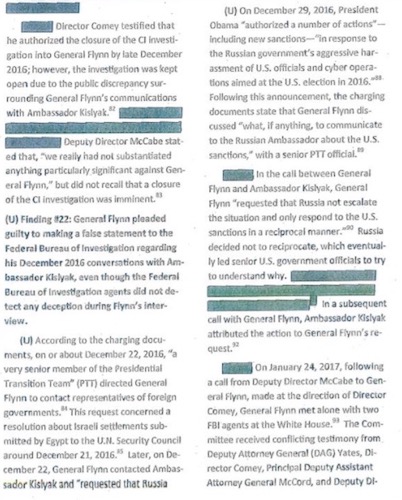 As you can see in the example above, in the first release there were massive redactions on the page, yet the newly released unclassified version has much of the text visible. Davis explains why in his comment — the two interviewers ‘didn’t think that he [Flynn] was lying‘, and it ‘wasn’t a great beginning to a false statement case‘.

Andrew McCabe reiterated this which was also revealed in this report.

Here’s a close up: 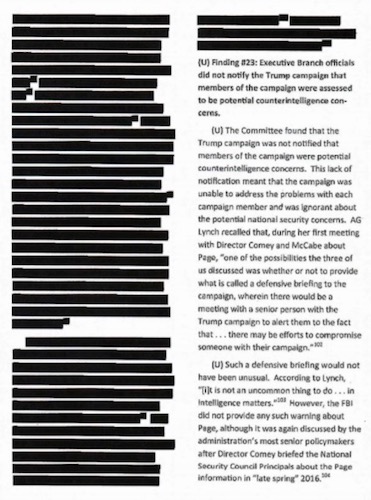 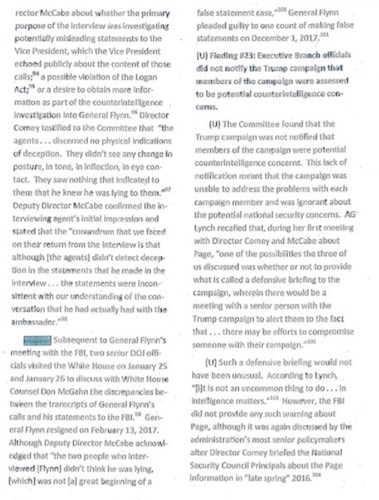 Baier asked Comey directly if he told lawmakers that interviewers didn’t believe that Michael Flynn was intentionally lying to them. Comey said, ‘No.’

This report means that there was no reason to pursue an investigation into Michael Flynn’s actions. He was the incoming Secretary of State and investigators didn’t believe that he was deliberately lying to them.

But an investigation was pursued, and it was devastating to Flynn.

Why? Simply for political reasons.

Can anyone say, ‘witch hunt’?

As the DOJ and FBI continue pursuing non-criminal activity to punish political enemies and protect their own, (as Obama set the precedent to do with the IRS scandal,) there are going to be more people testifying before government officials the way that Michael Caputo did, ‘God Damn you to Hell.’

Who could blame them for that?