The two teenage girls he shot will be ok. The only person killed was the gunman. We’ll call that a happy ending.

Has anyone else noticed how often FACTS keep disrupting the media narratives? No wonder they need that little ‘boost’ from Big Tech Censors.

(Related, ICYMI: ‘Social Media’ Is Removing News From Your Newsfeed – Here’s How You Can Take Control)

CNN has been hammering the gun control issue as hard as they can, giving endless free publicity to their media proxies from Parkland HS — except, of course, for that one Pro-2a student who happened to finish at the top of his class, who is now persona non grata at the network.

This time, even they had no choice but to report a good-guy-with-a-gun story. Somebody should pass this along to the cabal of Parkland darlings who would gladly take our guns away.

It must have nearly killed them to write that headline.

An armed citizen gunned down a shooter at an Oklahoma City restaurant on Thursday, killing him, police said.

“A man walked into the Louie’s restaurant and opened fire with a gun. Two people were shot,” police said. “A bystander with a pistol confronted the shooter outside the restaurant and fatally shot him.”
The shooter’s motive is not known and his identity has not been confirmed.
Police Capt. Bo Mathews said an adult female and a juvenile female were shot when the man walked into the busy restaurant and opened fire. He said a man broke his leg when trying to run out of the restaurant. A fourth victim suffered a minor injury.
Two people were hospitalized. They are expected to survive.
Source: CNN 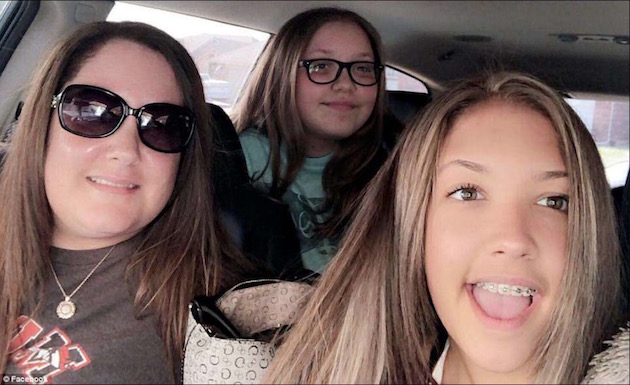 “Pictured: Natalie Wills (left) and her 12-year-old daughter Niah Giles (center) were shot while walking in to Louie’s Grill and Bar to celebrate the 14th birthday of Natalie’s other daughter, Shayla (right)” — DailyMail

CNN told the truth for once. But that doesn’t take them off the hook.

They didn’t take back any of their lies.

They didn’t retract any of the headlines calling ‘good guy with a gun’ stories a lie. Here are just two among many, these ones are by Chris Cilizza.

So this falls under the ‘stopped clock right twice a day’ theory of journalism, rather than stacking up as credible evidence

What is the best protection from a bad guy with a gun?