Remember when Grand Theft Auto was “the” anti-social game of note? Not anymore. Now you can get a high score shooting up a school.

Of course, you still get points for shooting cops, too.

Someone actually thought this was a good idea.

As a nation, we’re grappling with ways to make schools SAFER, not more dangerous. Having a video game where would-be copycats can ‘refine their technique’ in the safety of their own home seems to be taking us in the other direction entirely.

According to its listing on the Steam video game store, the software lets players “slaughter as many civilians as possible” in a school environment.

Charity Infer Trust called on Valve – the company behind the Steam games store – to take the title down before it goes on sale, on 6 June.

Valve has not responded to the BBC’s request for comment.

The game has been posted on the Steam store by an independent developer previously accused of selling “asset-flipped” games.

Asset-flipping is taking third-party game engines and graphics and repackaging them for sale with minimal alteration or development.
Source: BBC

So, even by developer standards, anyone doing ‘asset flipping‘ not exactly considered ‘ethical’ in the first place.

Is it any wonder they were ok with running this title?

Maybe they figured the shock would drive publicity and profits?

The creator did give out a Cover-your-ass statement.

However, the creator also says: “Please do not take any of this seriously.

“This is only meant to be the simulation and nothing else.”
Source: DailyWire

I was honestly just hoping Valve would catch this game before the media did to avoid round *whatever it is* in the fight between gamers and the “video games are Satan” crowd.

On tonight's episode of What Could Possibly Go Wrong?

One in particular really stands out: 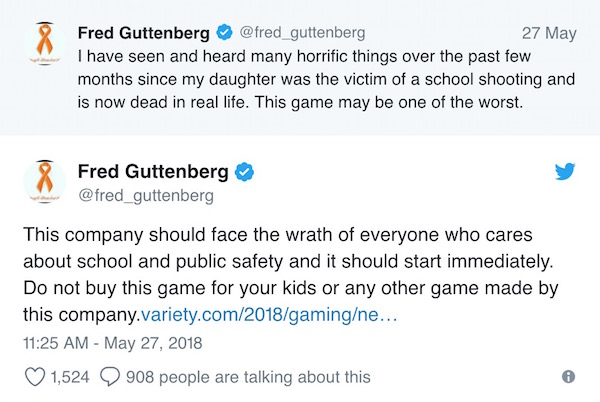