This just might trigger Leftists even more than a certain red trucker hat.

And for exactly the same reason.

The historic meeting has happened and it’s now anyone’s guess if Kim Jong-un will actually honor his side of the agreement.

But the President’s role in enacting biting sanctions against the Kim regime is certainly an incentive for the North Korean leader to keep his word.

The left and the right have different views on this entire meeting.

Doug drops some Biblical truth-bombs on the leftist nay-sayers of the U.S.-NorthKorea Summit:

It’s made some in Korea so thrilled that they’re marketing some new shirts as a result of this historic meeting. 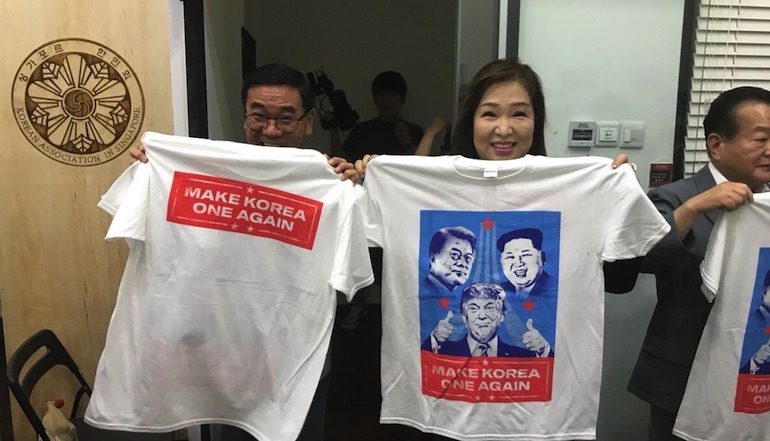 What a way to commemorate this giant step towards peace between North and South Korea.

Can you imagine that a unified Korea might just be within our lifetime?

What a time to be alive!