Ninety minutes after the abduction, the kid was found abandoned on the tracks, sadistically injured and barely clinging to life. There was a social media connection, too…

It’s not quite clear whether the accused and the grieving mother knew each other in real life, but they were connected by Facebook.

Which makes what follows all the more sickening.

The mom, Hanna Barker, answered her door, where she was met by two women who sprayed something (Mace, probably) into her eyes.

After getting hit with the mace, Barker fled from her attackers.

She returned to find her 6-month-old boy missing. Frantic, she started a search and called authorities.

Her baby boy was found, clinging to life, but the damage was already done.

He had been set on fire and abandoned by the railroad tracks.

And left for dead.

It was only the fact that someone noticed the flames, and reported them to 9/11 that the burning baby was even discovered so quickly.

What kind of a twisted person even IMAGINES burning a bably alive, let alone ACTS on it?

For those still wondering how people can believe a good God could possibly condemn anyone to Hell, stories like this one can help put that position into perspective.

Here is a photo of the baby whose life was thown away so callously: 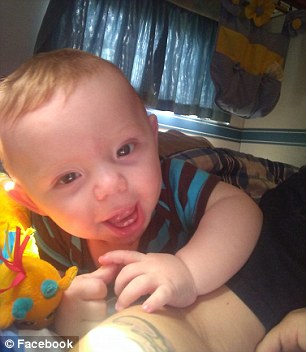 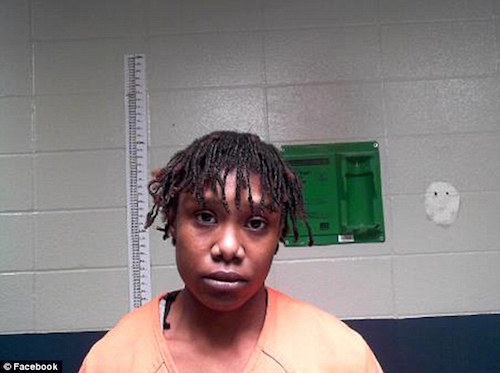 This happened in Louisiana.

We don’t know the motive, or even whether they knew each other in real life.

But one thing is for certain. If the attacker and the victim had been switched, especially due to the sadistic nature of the attack, there would be a national outcry demanding the woman be charged with a ‘hate crime’.

In light of the sadistic violence, should we have a national outcry that Felicia Marie-Nicole Smith is charged with a hate crime? Or should we rethink our use of ‘hate crimes’ altogether?

We often ask the question: if justice is supposed to be blind, shouldn’t the criteria of ‘hate crime’ be the same whether the aggressor is male or female, gay or straight,  white black or something else entirely?

Or should we discard the term ‘hate crime’ altogether, and go back to charging people for measurable criminal acts that either Did or Did Not happen?