With everyone piling on the President after the Helsinki Press Conference, Bernie must have thought Trump was ‘easy pickings’.

He thought he had Trump teed up as a traitor and a moron. 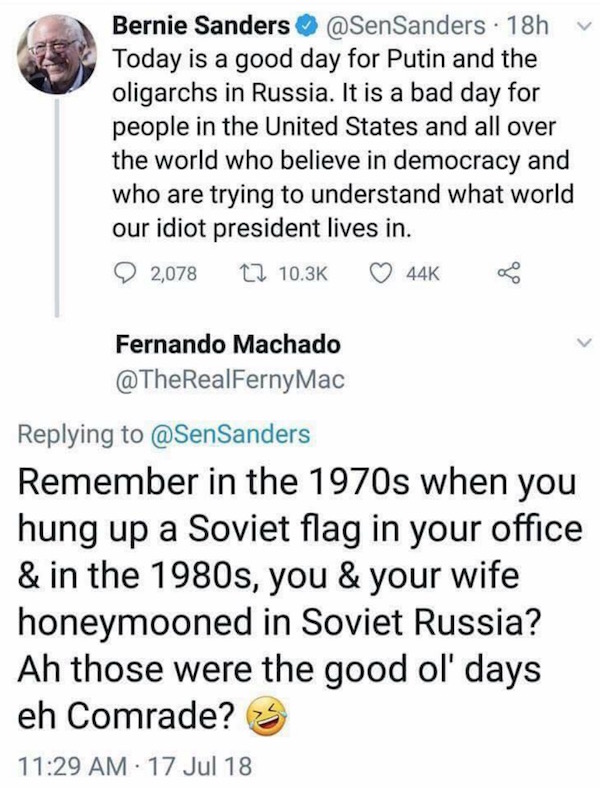 If you don’t like the sound of America laughing at you, you could always put on some music to drown it out.

What’s your preference… maybe a little ‘Back In The USSR?’

If that weren’t enough stupidity, he’s surrounded by others just as brilliant as he is. Pay attention to the color she mentions.

For when @BernieSanders finally deletes it, here's @Ocasio2018 saying "We're going to flip this seat red in November." pic.twitter.com/ZRqZFD3VnH

We don’t want you silenced. We want you to have a megaphone.

We want the whole world to see you for the nutcase you are.