This city is putting the ‘rat’ in Democrat. Check it out…

Rats infesting a town run by liberals? The hell you say.

What else would you expect from a city run by Democrats for 87 years?

Ok, so maybe that was a low blow.

But perhaps instead of ‘investing’ in social programs, ‘sanctuary cities’, and pushing radical leftist social agendas, maybe we could, I dunno, not have disease-ridden vermin infesting the streets?

Just in time for the ground-breaking for the Obama Presidential Center, the city of Chicago has been awarded the title of ‘Rat Capital of the United States’.

Chicago has been named ‘the rat capital of the US,’ according to a new study published by online apartment search service ‘RentHop.’

The survey found that 50,963 complaints were made to the city last year about the pesky rodents – far more than any other city in America.

The Windy City is going to have to change its nickname. It won’t even be ‘Chicagoland’, anymore — ‘Ratland’ seems to be a more fitting descriptor.

According to an infographic on RentHop, Chicago has more complaints about rodents than Washington D.C. 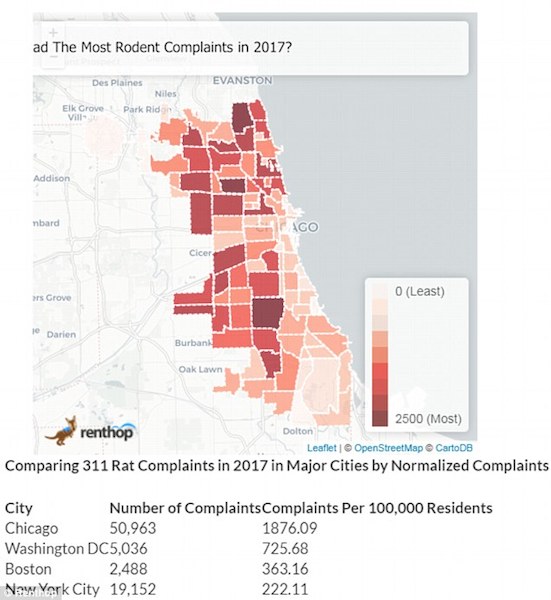 The Chicago Department of Streets and Sanitation disputes the 50K figure that has been reported but said that the complaints are still significant at 42,670 in 2017. The reason for the discrepancy in the figures is that the city screens out duplicate calls and doesn’t count calls where the city has already taken proactive measures after a previous complaint.

‘Rodent complaints are not an accurate indicator of the rat population in an area, however they do show that Chicagoans care about the health and safety of their communities,’ said department spokeswoman Marjani Williams.

‘(Streets and Sanitation) encourages residents to report rodent activity to 311 so that our crews can quickly investigate and address every sighting.’

The city has used dry ice to kill the rats in their burrows but it was opposed by the EPA, as the dry ice method was not listed as an approved rodenticide. When the ice is dropped into the burrow and the entrance is sealed, it gives off carbon dioxide and suffocates the rats. The animal rights activist group, PETA, also protested the move because the ‘rats didn’t deserve to die’. They advocate living ‘in harmony’ with rats.

The city recently received approval to resume the dry ice method,  but the Department of Streets and Sanitation is also trying a non-lethal method of eliminating the rats by using ‘rat birth control’ called ContraPest which is a fertility-reducing bait.

Chicagoans are uploading their rat sightings onto social media and it’s truly disturbing.

Watch a mid-day walk in Chicago near a restaurant dumpster:

Ok, so that’s pretty disturbing, but it is near a dumpster, and that makes sense that rats would gather around an open dumpster like that.

How about at an Urgent Care facility like this video titled ‘The Bold Rats of Chicago’: 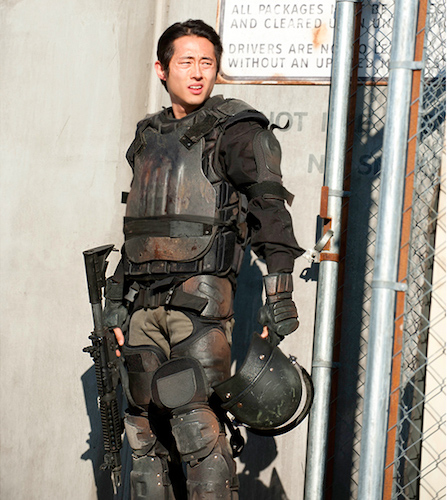