Can you imagine what would happen if you tried to take away some ‘Nasty’ woman’s pink, knit kitty hat?

All hell would break loose.

But there are incidents of MAGA hats being taken from Trump supporters and it seems to be perfectly fine.

Like this incident at Mount Royal Univesity in Calgary, Alberta, Canada. (FYI: That’s like the Texas of Canada.)

And this one at the University of California at Riverside:

And of course, the Whataburger incident:

They think it stops being private property when it’s something they find offensive.

Let’s say someone tries that stunt with you? Now what?

You’ve got a few options, ranging from ‘keep your head down’ all the way to ‘heads will roll’. 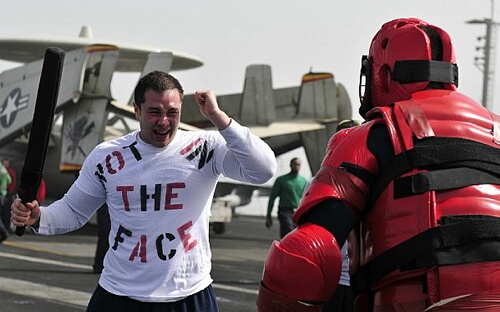 Which one describes you?

Keep your head down — it’s just a hat, after all. I’m actually employed, and can afford another one.

Make ’em famous — pull out your cell phone, and be sure to get as much identifying information about the moron as you can. Bonus points if you can get them to spout their stupid BS on camera.

Karma’s a bitch — This has been a popular approach. Keep the high ground, but go above their heads, and have their ego cost them their job.

This approach has been popular among restaurants and other service areas where they work for someone else. In some cases, charges of theft have even been laid against the offender.

Get LOUD — Confront and intimidate, but stop short of getting physical.

Take Back What’s Yours — physically take the hat back, and if they ‘persist’, give them a good shove or maybe kick their ass so hard they could floss their teeth with your shoelaces. 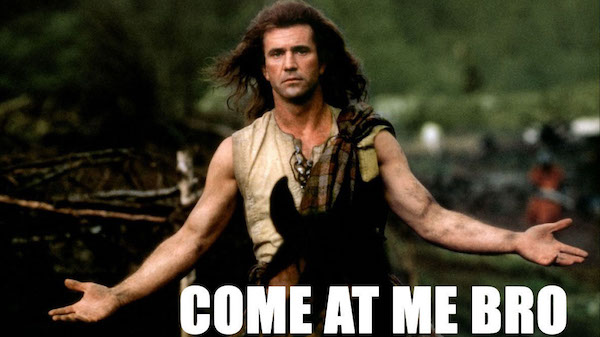 Someone takes your hat. Your reaction is...