She’s so often been seen in the company of lawyers since the election. Now she’ll be seen with divorce lawyers, too!

Her husband didn’t seem to have a problem with her stripping or bumping uglies with disease-ridden [some stats cited here] strangers for a buck.

Her husband (also ‘in the industry’) is divorcing her for — wait for it — infidelity. 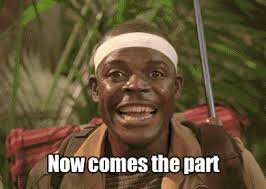 There’s a restraining order, a custody petition, and everything.

Mr Crain, who is also an adult film star and performs under the name Brendan Miller, has filed for sole custody of their seven-year-old daughter and was granted a temporary restraining order against Ms Daniels which restricts unsupervised access to their daughter.

The couple married in November 2015 and had been living near Dallas, Texas, until the middle of July 2018.

Mr Crain’s divorce petition stated the marriage “has become insupportable because of discord or conflict of personalities” and made claims that Ms Daniels was putting his daughter “in imminent threat of serious and immediate physical or emotional harm” by attempting to bring her along on Ms Daniels’ nationwide tour of strip club performances.
Source: Independent

That’s hardly your typical ‘bring your kid to work’ situation.

She and her lawyer obviously didn’t coordinate their messaging before they hit social media.

My client Stormy Daniels and her husband Glen have decided to end their marriage. A petition for divorce was filed last week, the accuracy of which is vehemently disputed. Stormy’s daughter remains her number one priority. She kindly asks for privacy for the sake of her family.

I don't need or want privacy. I want truth. And it will come out. I'm not afraid.

It’s looking like her vendetta against Trump, (not to mention the sex she claims to have had with him) and the MAGA-parodying strip show trying to capitalize on her jump in fame has just cost her a family.

It could even cost her custody of her daughter.