Equally miserably, that is. The poverty rate in Venezuela is now around 90 percent.

We’ve heard about the ‘Maduro Diet’ — it’s been reported that Venezuelans have lost an average of 24 pounds. Food scarcity is an issue, and President Nicolas Maduro is using food as a tool to reward his supporters and punish his detractors.

Things in Venezuela are getting worse.

Shocking images show the amount of cash required to buy some basic supplies as Venezuela’s hyperinflation spirals out of control.

Venezuela has been thrown into chaos by a socialist government under Nicolas Maduro which has introduced a controversial tranche of fiscal policies.

Unbridled hyperinflation has seen the bolivar devalued to a point where workers need wheelbarrows to carry enough cash for a weekly shop.

What is the delicacy that would cost a wheelbarrow full of cash?

Some fine-dining meal with Kobe beef and a saffron aioli?

Roasted chicken with carrots and rice.

Here’s the pile of cash that you’d need to purchase these carrots: 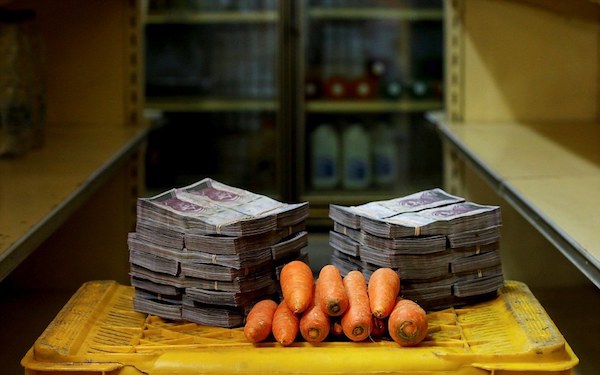 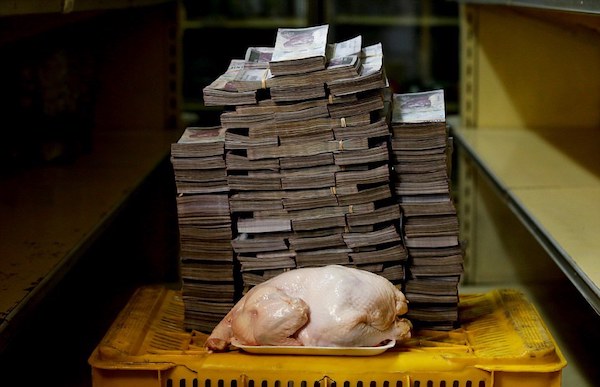 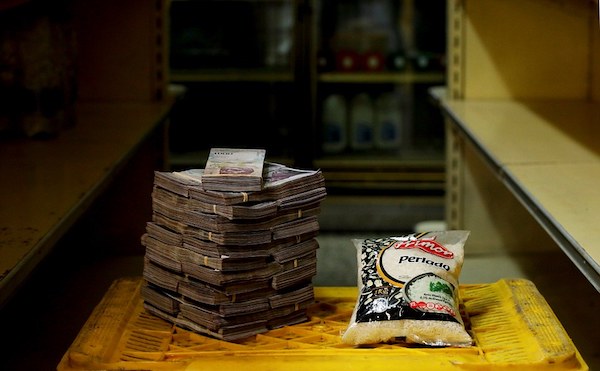 The problem is that the inflation is so rapid that the average income isn’t actually keeping up with the cost of living. The monthly wage of an average Venezuelan worker isn’t enough to purchase 2 pounds of meat at 9,500,000 bolivars, or in US dollars, $1.45. 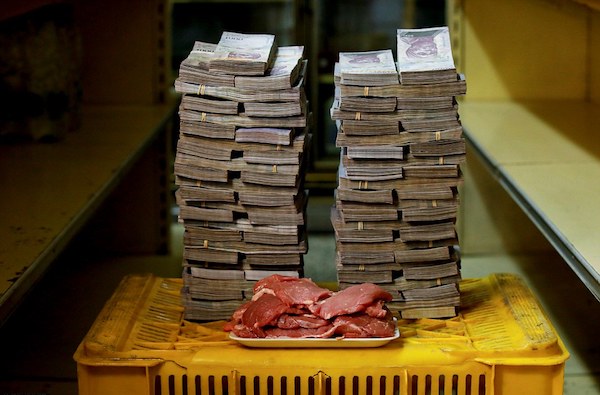 Basic staples are out of reach for many Venezuelans.

The hyperinflation of the Bolivar continues to spiral out of control and isn’t planning on easing anytime soon.

Inflation is so bad that the government can’t print the bills fast enough to keep up. Not only that, they can’t afford to pay for the paper to print the money on.

Artists have decided to use the worthless Bolivars for art:

So, what does the Maduro regime plan on doing?

More of the same leftist policies, of course!

They’re increasing the minimum wage for the fifth time this year.

Because it worked so well the last four times.

Jittery Venezuelans on Friday rushed to shops and formed long lines in preparation for the monetary overhaul.

Shoppers and economists are now concerned Maduro’s minimum wage increase could close thousands of stores across the country as companies will no longer be able to pay their workers.

Although the wage increase will make it possible for Venezuelans to buy basic supplies, there may not be anywhere open to sell them.

Despite warnings from economists, they’re going forward with the plan that will likely exacerbate the crisis.

Economists warned that some companies would go under, unable to shoulder the massive increase in monthly minimum wage from 3 million bolivars to 180 million bolivars, or roughly $0.5 to $30. That will likely increase unemployment and further fuel mass emigration that has overwhelmed neighboring South American countries.

As it stands, the monthly minimum wage – devastated by inflation and the aggressive devaluation of the bolivar – is still not enough to buy a kilo of meat.

The images of piles of cash needed for basic necessities is incomprehensible.

And there is just something so sad about the huge stack of bills needed for diapers: 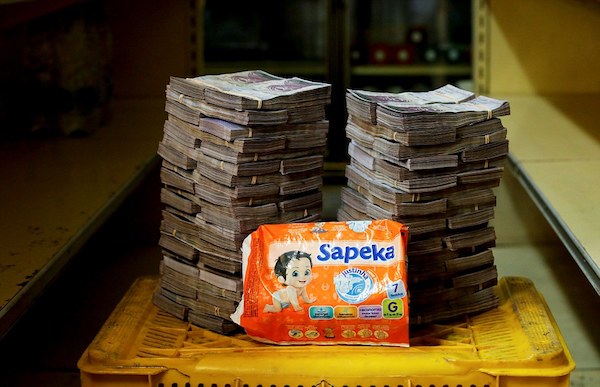 And a single roll of toilet paper: 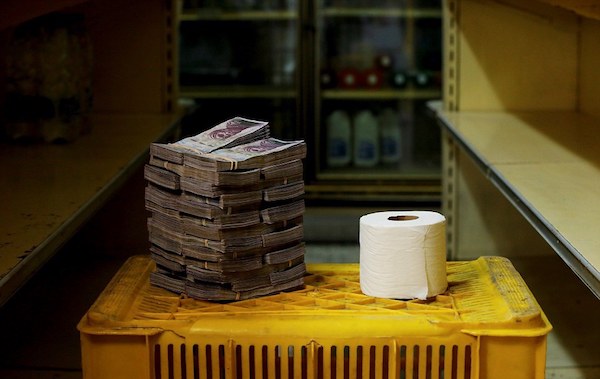 Frankly, if those bills were used in place of toilet paper or diapers, Venezuelans would be better off. You’d get more bang for you bolivar, and as an added bonus, it would take the currency out of circulation permanently.

Maybe some ‘Democratic Socialists’ can come up with some better ideas on how to stop the complete implosion of the Venezuelan economy.

But I wouldn’t hold my breath for that if I were you.