We suspect this may be a SLIGHT deviation from Walt’s original vision.

Yes, sexual politics has to be injected into every damned thing. Why should Disney flicks be any different?

Plot twist — there is a reason their lobby might actually be ANGRY about this, rather than thrilled. We’ll come back to the problem in a moment.

First, we’ll talk about the movie itself.

There’s a new movie coming out, with The Rock in it. And the real news is that The Rock is NOT who they’re most excited to talk about.

Who has upstaged him, and why?

Some British comic, Jack Whitehall — who seems mainly to have landed minor roles until now — is playing a supposedly ‘historic role’.

What makes a relative unknown’s role so damned historic? Why is he getting the biggest paycheck he’s ever had?

Maybe back when ‘Brokeback Mountain’ and ‘Harvey Milk’ were Hollywood’s big storylines, somebody might have actually cared.

But Disney missed out on that bandwagon. Don’t worry, they’ll still get heaps of praise for ‘doing their bit’ for ‘the movement’. Well… sort of.

Of course, the Hollywood portrayals of what it means to be gay don’t match up to, say Joseph Sciambra’s account of what that life was really like. Then again, that may be because there’s nothing glamorous about Joseph’s story.

Ok, so Disney WAS late to the party, but they’ve joined the bandwagon after all. Why would anyone object to that?

The same reason people were enraged by Scarlett Johansson playing the role of a ‘Trans’ massage parlor owner. (Her own company was going to tell that story until activists shamed her into pulling out of it.)

Also, the roles you pointed out were serious roles. Look at Cumberbatch, Redmayne and Leto. All did great jobs in serious roles. This is Disney’s first gay character, perpetuating a stereotype, for comedic effect and cheap laughs.

So, the criticism is that Disney is adding gay characters for political purposes? 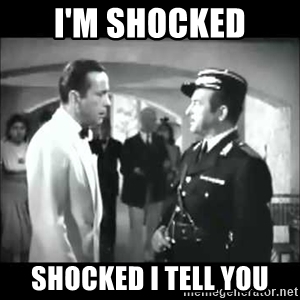 In a day where every movie is measured for ‘WrongThink’ violations against intersectional politics, Disney’s FAILURES to add enough LGBT(etc) or minority representation is a cudgel they would be beaten with.

If the goal is to satisfy the ‘perpetually offended’, it’s a truly Sisyphean Task.