The same people that BANKROLLED Hillary Clinton — with Weinstein’s help — are doing what they do best. By pretending to care about morality, they are weaponizing it for political gain.

You know that Walk Of Fame star that political malcontents keep vandalizing?

Impotent rage must be a Liberal pastime, like that ‘protest’ of scheduled Screaming At The Sky, they keep doing it, but it doesn’t change American political life one iota.

It DID leave one poor sap facing criminal charges. But nothing changed, politically.

The Left loved the idea of getting rid of the offending star. How dare it hold a place in their beloved Hollywood? 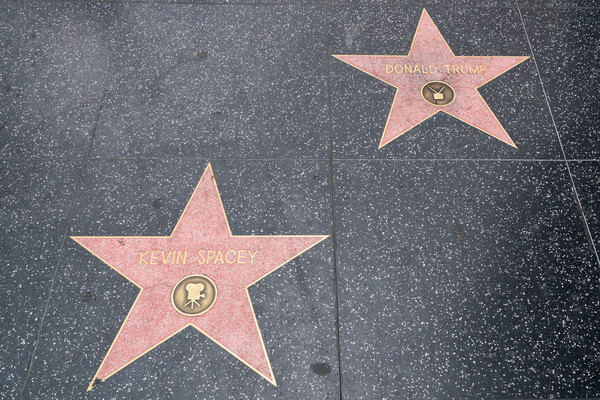 Hold that thought. We’ll come back to it shortly.

They want it gone. The vote was unanimous.

One small problem. They have ZERO jurisdiction in the matter.

You might think that a city council should spend its time dealing with things like debt, crime, garbage collection, community services, and whatnot.

Not in West Hollywood. They needed to demonstrate to the world that THEY are not responsible for that ‘odious’ star remaining on their streets.

But in that virtue signaling, they tipped their hand about what they are really like. Do they care about women and victims? Or do they care about left-right politics? There’s a really easy way to test their honesty.

Let’s take another look at the photo, above. Whose name is LITERALLY adjacent to Trump’s star? Kevin Spacey, right?

Now, his contributions to acting are beyond dispute. He basically carried House of Cards on his back for the first season, until the other characters got to be more fleshed out. But House of Cards suddenly let him go. Because the face of the Franchise was suddenly toxic to their brand.

That was because of numerous credible complaints of sexual misconduct among those he had worked with.

His star was not up for that impotent and pointless vote by City Council.

What about Alfred Hitchcock? A great and lasting contribution to Hollywood, no question about it. The Big Ticket horror genre might never have become what it is today without his trailblazing. That shower scene in Psycho by itself opened up new possibilities in filmmaking.

But that doesn’t mean he was a nice guy. In fact, one woman who worked with him — Tippi Hedrin –compared him to no less a monstrous slob than THE infamous Harvey Weinstein. 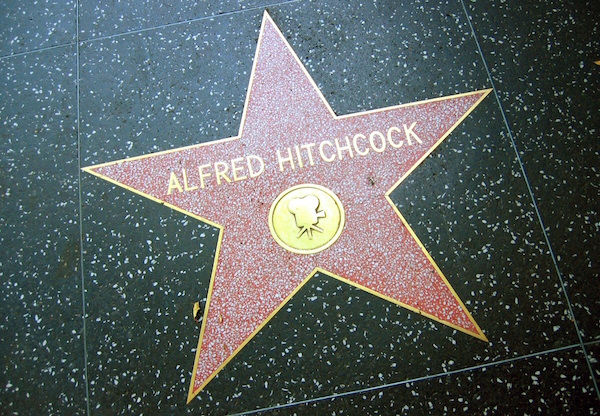 They had nothing to say about HIS star.

How about Bill Cosby? He was sent to PRISON for sexual mistreatment of women, wasn’t he? 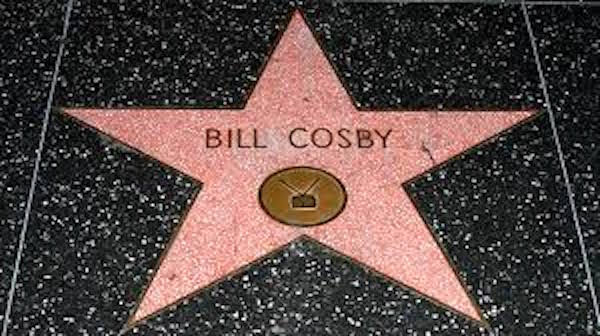 His stand-up comedy, his role as “America’s dad”, and the Cosby Show’s role in helping shape public attitudes toward racial integration after the political turbulence of the 70s not withstanding — the man went to PRISON for sexual assault.

And his star is still there.

This list could go on and on. In fact, some were writing about the Walk of Fame when MeToo first broke.

Whatever your opinion on the President, and what his attitudes toward women may or may not be, even ‘Stormy Daniels’ — who is on the record — didn’t imply anything other than consensual sex.

We need to make up our minds. We can’t have it both ways.

If Trump’s star ‘has to go’, then there will soon be a lot of gaps in that Walk of Fame. Is that the goal?

And if we erase the 45th President from history, just because you think he was ‘toxic’ toward women, who else will need to be airbrushed out of history?

Bill Clinton, who even the NYTimes has published a column saying they believe Juanita Broaddrick’s “Better Put Some Ice On That” rape allegation?

JFK? At the heart of Camelot, he not only bedded a virgin, but turned her into the office boy-toy that he would pass around to visitors. Do we cut him out, too?

Where does it all end?