You thought the ‘terrible twos’ were bad? What do you think a tantrum looks like during a Nicotine fit?

Yes, the little gaffer is two. And he gets ‘nic fits’. God help us all.

I’m old enough to remember thinking that pictures like this… 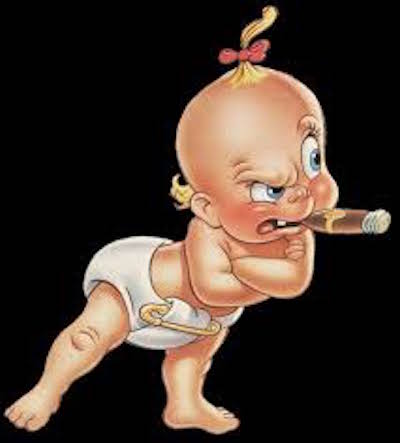 were funny because they were absurd.

Now real life has got it topped.

We’ve got a chain-smoking 2-year old. And the parents are too gutless to cut him off. Why? Becuase he has tantrums if he doesn’t get his fix.

“My child is used to smoking while drinking coffee and eating cake,” said his mother, Maryati, 35. “He has been smoking every day for around two months. If I don’t give him a cigarette, my child goes berserk.

“Rapi Ananda Pamungkas, who is two-and-a-half years of age, got into the cigs by picking up the leftovers from his mother’s cigarettes outside her stall in Sukabumi, Indonesia.
[…]
If Rapi doesn’t get cigarettes he cannot sleep. He will start rampaging and crying. It’s expensive, because we have to buy them for him. He likes to do it all day. He can smoke about 40 every day.”
Source: LadBible

Smoking. Coffee. AND Cake? You’re really setting this kid up for success, aren’t you?

Do you know how to make him quit? It’s not like he’s going to the store and buying them. He’s getting them from mom and dad.

Is it really easier to feed a habit than it is to reign in a toddler?

That’s how you train a kid to be a tiny tyrant. Whatcha going to do when he’s older and wants things you CAN’T give him?

If someone out there knows the parents, tell them this: do yourselves and everyone else a favor. Nip this in the bud.

It CAN be done. After all, there was another 2-year old smoker in the news a few years ago. He also had one hell of a sugar habit — three cans of condensed milk a day. THREE CANS! 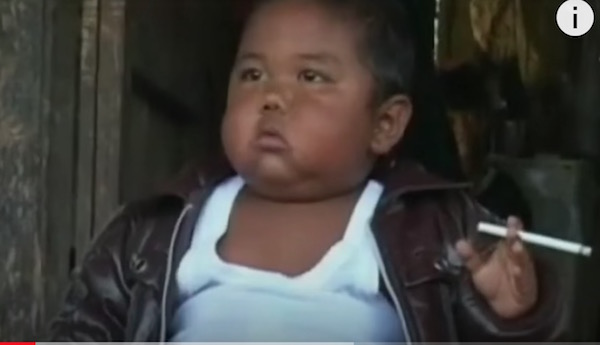 But guess what? He’s nine now. Got himself sorted out. Eating better food. Kicked the smoking habit, too. He’s well on his way to being a happy, well-adjusted kid. 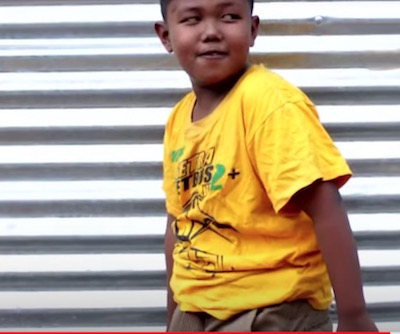 Those parents still have a shot if they start now. Because the bigger he gets, the worse those nic-fit tantrums are going to get when you finally say ‘enough’.