What could *possibly* go wrong here?

This past week, the Senate, in their infinite wisdom, decided *after* they had closed their hearings on Judge Kavanaugh, that they still needed to get to the bottom of allegations that had been raised some two months earlier.

In a case that’s been managed by partisan lawyers suggested by Senator ‘ChiFi’ Feinstein’s own office, the Left’s Hail Mary pass that is ‘definitely NOT a stalling tactic in the confirmation hearings’ was to call for an FBI investigation.

They even taunted Kavanaugh: If he is so innocent, he should demand an investigation into himself. We’re not the only ones to have noticed that particular tactic has a nasty “Spanish Inquisition” flavor to it.

But with some pressure tactics and a dramatic elevator confrontation (that was, no doubt, very well compensated) an FBI investigation was eventually called for.

For whatever it’s worth.

The poor bastards have been given a fool’s errand. 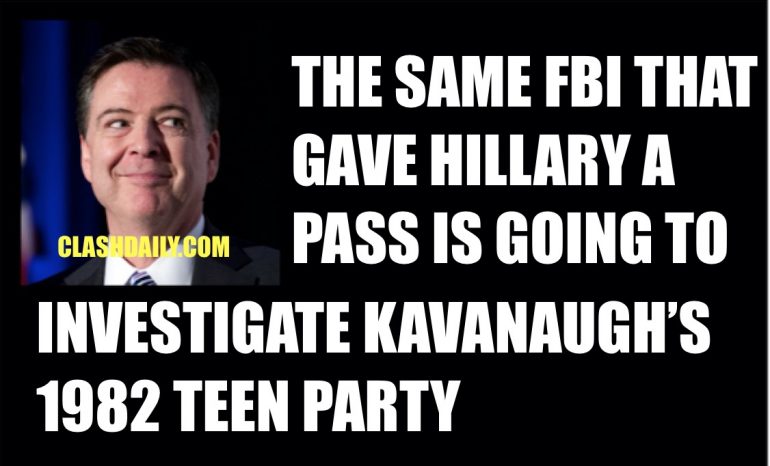 The FBI will be expected to interview people about an unconfirmed party, at an unknown location, on an unknown date one summer more than 36 years ago, where it will be absolutely impossible to verify any possible alibi of the accused.

Kavanaugh will be unable to call upon any potential witnesses to defend him… because nobody else seems to know what party she is even talking about.

It’s a phantom charge on a phantom date without even a ghost of a chance of him even saying what really happened ‘that night’… because nobody has a sweet clue what freaking night we’re talking about.

And Agents will be expected to come back with binders full of reports and interviews about these women accusing him. (Poor Romney, ‘binders full of women’ are suddenly a ‘good’ thing.)

Meanwhile, in the 21st century, with modern technology in hand, with proof that multiple devices had been used, with evidence of classified documents in the hands of people who shouldn’t have them, and an unauthorized ‘homebrew’ server hidden in the bathroom of her home by which she received classified email, contrary to her explicit security obligations…

These same bright sparks couldn’t even find wrongdoing against Hillary?

This is their plan? They’re not looking for ‘truth’.