The sins of all men… didn’t somebody already take care of that about 2000 years ago? You’d think a Christian preacher would have gotten THAT memo.

Some church cultures emphasize training Christians to develop the fruit of the spirit — Actual Virtues. From this list: 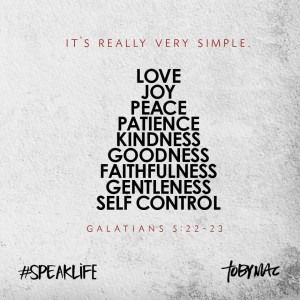 OTHER church cultures are more interested in virtue SIGNALING.

For those unfamiliar with the term, virtue signaling is when you make a dramatic gesture (usually with empty words, or social media activity) to show how much you CARE about a social issue that is fashionable to support, usually among lefty activists.

MeToo causes are fashionable right now, so it’s time to cue the dramatic displays of pseudo-virtue!

Kevin Jones, drummer for Moore’s worship band knelt before the crowd in a clearly choreographed moment and apologized to the crowd of women on behalf of all men. Moore tweeted the above photo earlier today.

She said, “Humility can usher in tremendous healing. The most powerful moment at our event for Native American women: This is Kevin Jones, on his knees, our drummer and as Christlike a man as you’ll meet, asking their forgiveness for all hurts and harms they’ve ever received at the hands of men.”

Of course, there is nothing in Scripture that suggests any individual can apologize for the sins of someone else, least alone an entire gender. The very notion is Biblically untenable. Neither is it wise to presume that every woman is a victim, but in Critical Race Theory (which is a Marxist political ideology that applies to gender, sexuality and other “identity groups” as well as race) and in the ideology of Marxist Intersectionality (the combining of two “victimized” identity group, in this case Native Americans and women), it is necessary to presume victimhood upon all.
Source: Pulpit&Pen 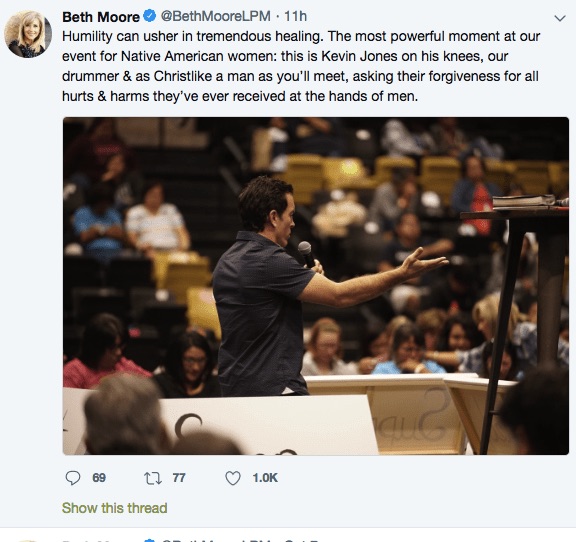 There was a time, not so long ago where preachers were more concerned about the sins of men being confessed to God, not to a ‘general public’.

Didn’t Jesus once warn about doing good deeds so as to be seen by the public, about how they were for show, and not pleasing to God?

The public laps it up, though. Have ‘modern’ churches really become this shallow?

That sure would explain a lot.