If President Trump has a superpower, it just might be his uncanny ability to goad his enemies into acts of self-destruction. Or in Warren’s case — self-immolation.

His son, Donald Jr. uses Twitter with the same ruthless efficiency as his father.

But he isn’t restricted by any political considerations to be somewhat civil.

He’s claimed more than a few scalps in his digital dust-ups, [so to speak] and Elizabeth Warren was just the latest in a long line. 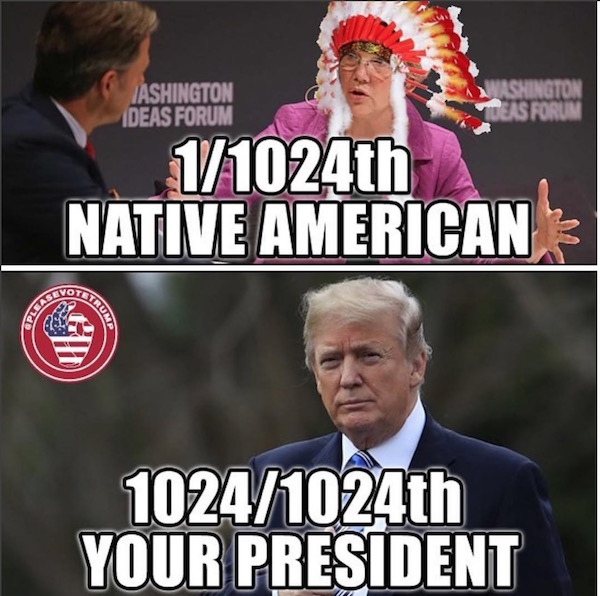 He’s not the only one giving her a hard time over her DNA test announcement.

Her grand plan to prove Trump wrong has backfired… badly.

NEW: In a rare rebuke of Warren, @CherokeeNation says, "Using a DNA test to lay claim to any connection to the Cherokee Nation or any tribal nation, even vaguely, is inappropriate and wrong." The tribe, whose chief is a Democrat, usually avoids the topic. https://t.co/l2ScaBS6h5

She’s also being roundly mocked on social media over it: 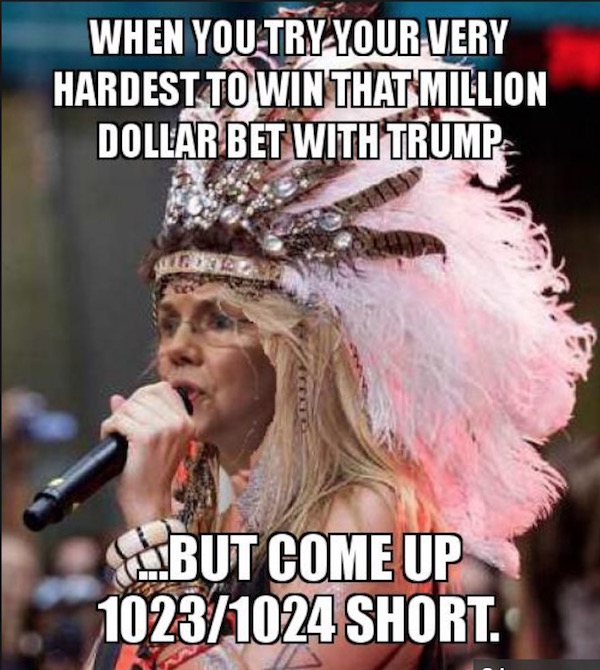 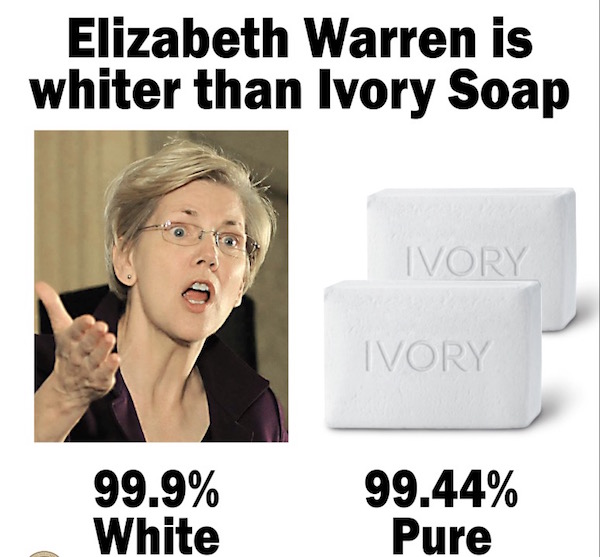 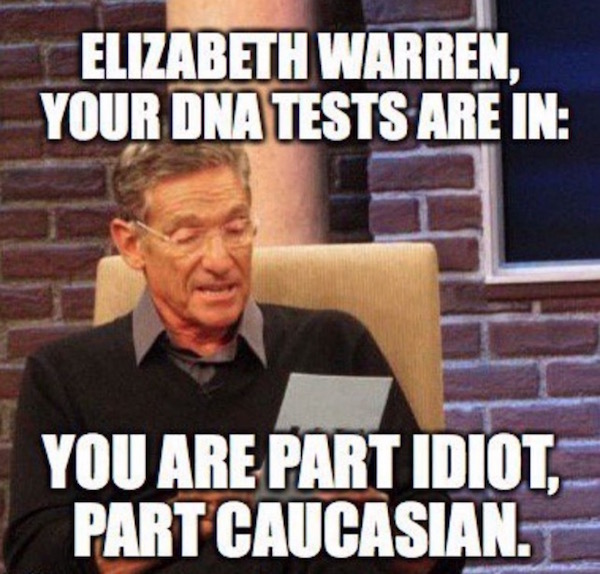 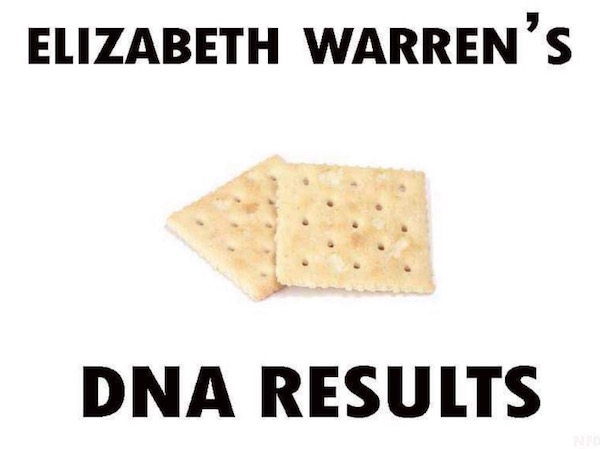 How badly did she blow this?

So badly that the Onion got in on it. And their jab went straight for the jugular:

That was just savage. And entirely true.

She is being criticized by her own party for dropping this in the middle of Midterms.

How badly did she blow this?

So badly that even Feinstein is breathing a sigh of relief that someone has raised (lowered?) the bar of stupid self-destruction even more than she had… as someone conveniently demonstrated here: 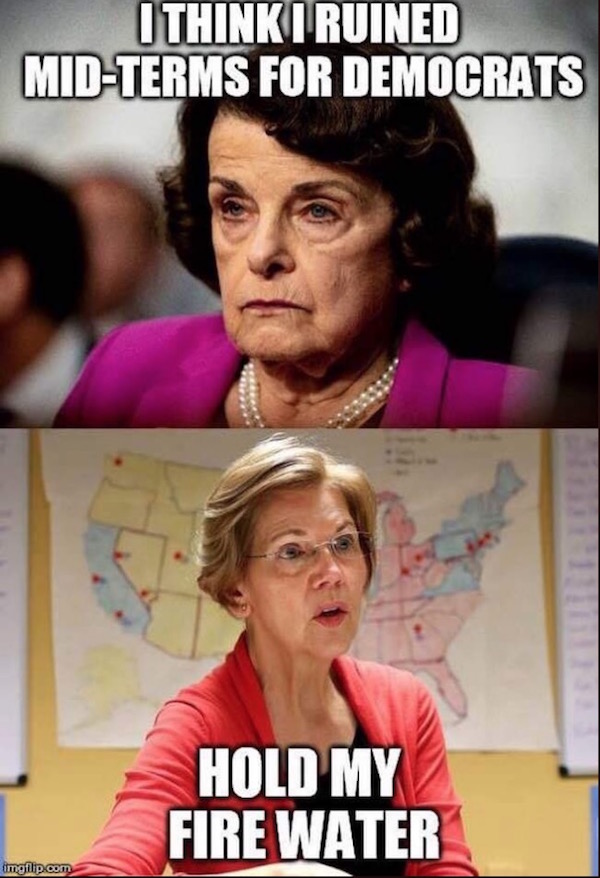 Oh, what a time to be alive. Social media has made politics SO much more lively.

Aren’t these the same people that tried to write TRUMP off as a ‘clown’.

Well, he’s President, and they are not.

That clown shoe’s on the other foot, now, isn’t it?

Which do you think the best nickname for Warren should be? Scroll down to the poll at the bottom to have your say.

What should Warren's nickname be?