Arrogant and inept, what a devastating combination of traits. And it couldn’t have happened to a better person.

Narrator: “She did not.”

This sums it up nicely: 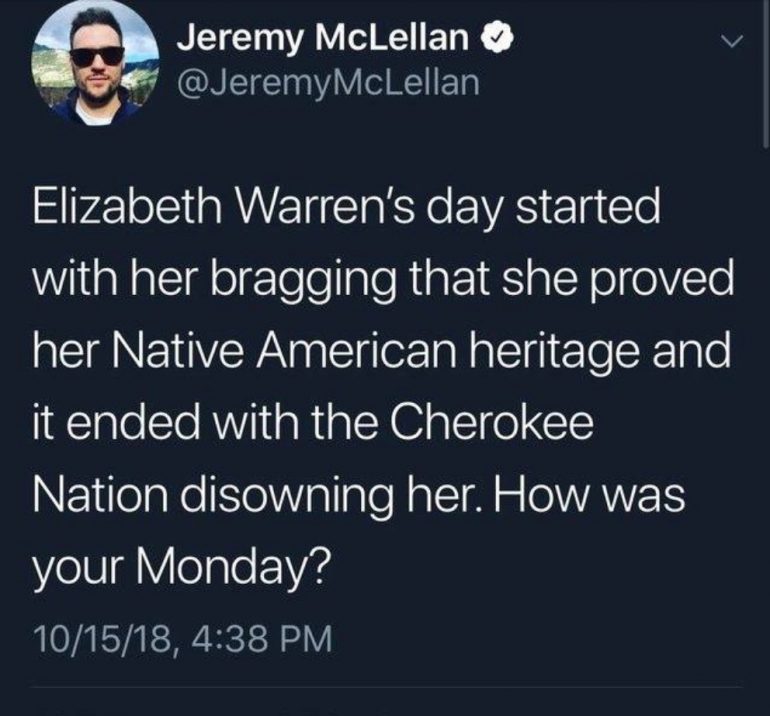 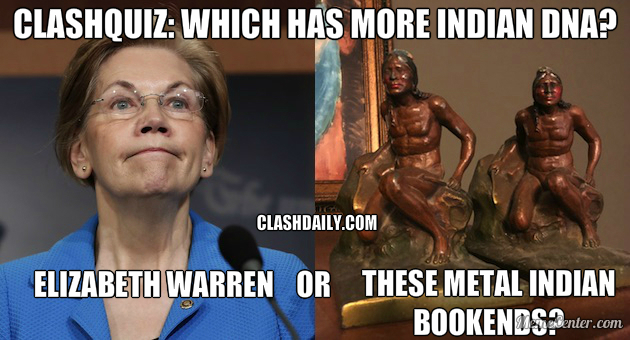 ClashQuiz: Which Has MORE Indian DNA? Elizabeth Warren Or These Metal Indian Bookends?

She’s one of the oppressed and suffering victims, you see.

Her test ‘proves’ it. 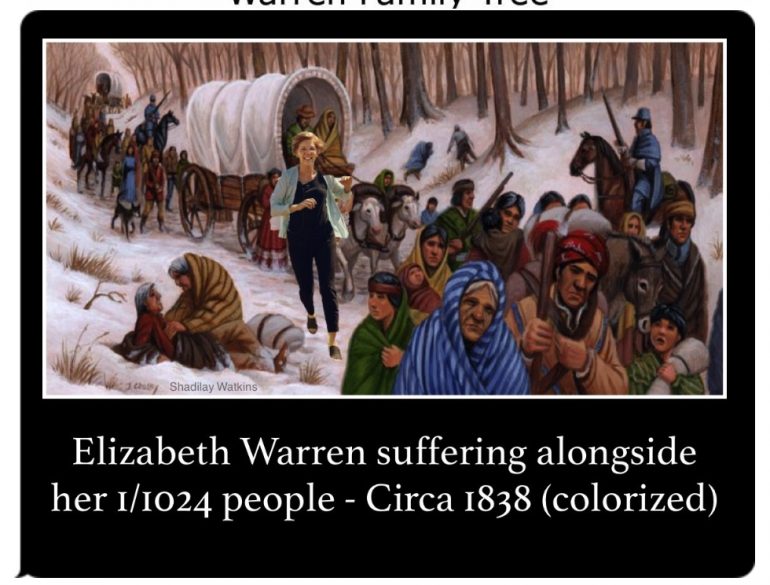 This must mean the Democrats are making their old ‘one drop of blood’ policy ‘cool again’. 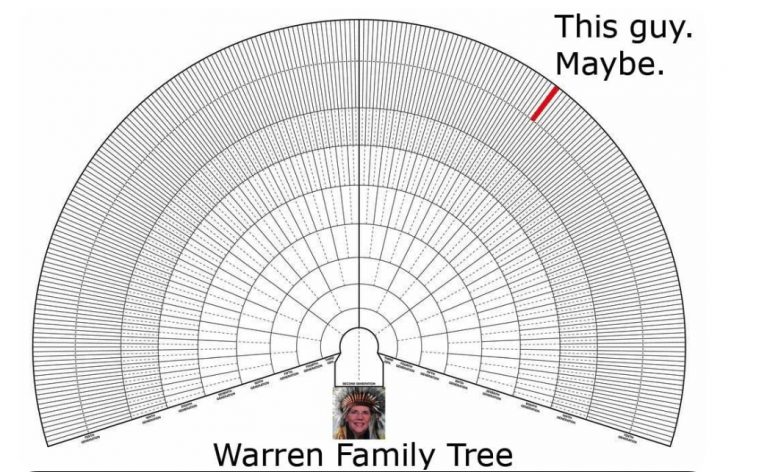 And here we were thinking that’s racist. See that little red sliver on the upper-right hand side? That’s what 1/1014 looks like. Which is STILL better than her odds of ever being President: 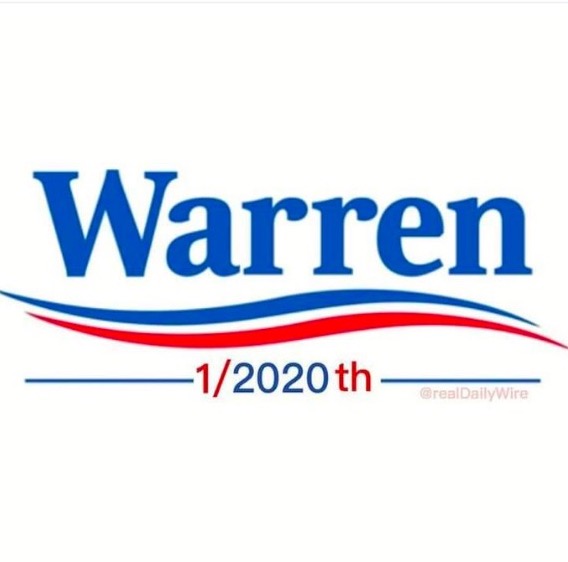 But the story is actually WORSE than that. Because there aren’t enough data points in the system for experts to actually HAVE a profile for Native Americans.

(Probably because they don’t have any reason to lay awake at night wondering about their ancestry.)

That means the experts had to use PROXIES as stand-ins for the ‘Native American’ DNA profile — Mexico, Columbia, and Peru.

So this one guy out of possibly as many as 1000+ in her history “may” have been Peruvian. Or Mexican. Or Columbian. Or possibly Native.

You as likely to see Indian DNA in her spit test as you are in swabbing this: 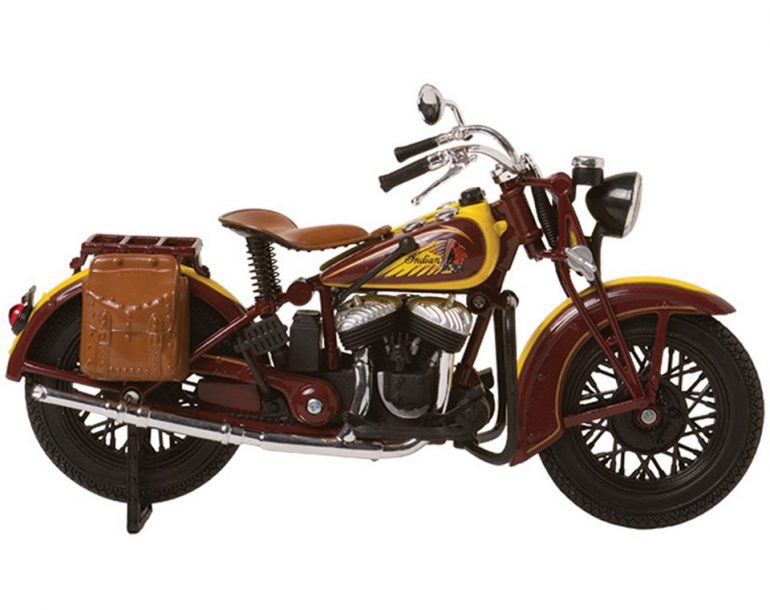 You done screwed up, Lizzie… and it probably cost you the party nomination.

If it’s any consolation, at least that means some OTHER Democrat will be the one humiliated by President Trump in 2020.