Private(s) Manning is in the news again. This time, it’s not for Treason.

The one who thought it would be a good idea to dump classified information to Wikileaks and had a prison sentence shortened by Obama has traded the prison cot for a hospital bed.

That’s right, Bradley’s Johnson is being swapped out for an old catcher’s mitt.

(Sorry about that mental image.) 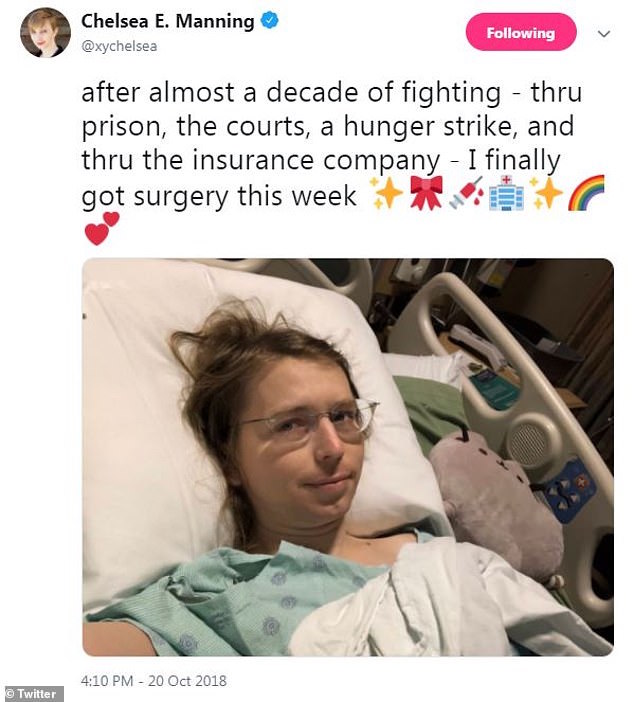 If you thought Bradley was a particularly smart, you obviously haven’t been following what he’s been saying in public appearances.

During a public appearance in the UK earlier this month, Manning spoke about how living in the U.S. feels like a prison.

(If he feels so strongly, nobody’d object if he left.)

‘This whole notion that you get out of prison and you are free now turned out to be a bit of a downer in that sense,’ she said on Monday at the Royal Institution in London, she said.

‘Because what happened, we really built this large, big prison, which is the United States, in the meantime – it was already happening, it just really intensified.

She said that the surveillance system and police officers are not much different from her life in a cell.

‘You think about the surveillance systems, the cameras, or the police presence and you think about the fact that we have walls around our country, and that is very much the same thing that is inside a prison,’ she told the crowd.

‘I see a lot of similarities between the world out here and the world that was in there.’

He made that statement in a public appearance … IN THE UK.

Apart from China, the UK has more surveillance cameras than practically any country on the planet.

In fact, as recently as 2010, the UK actually had MORE security cameras than China.

Then again, he hates America… despite the fact that an American President used his Presidential prerogative to shorten a 35-year sentence down to something like 7.