Churchill — who was known for that rapier wit, and Devil-may-care attitude, wouldn’t fit in with the Social Media Jackboot crowd.

You might even say he’d be at war with their Fascistic tendencies.

One could imagine that giant of history would sooner die than ‘Sig Heil’ to Zuckerberg’s ‘acceptable practices’ policy. He was not the ‘fetch and step’ type. 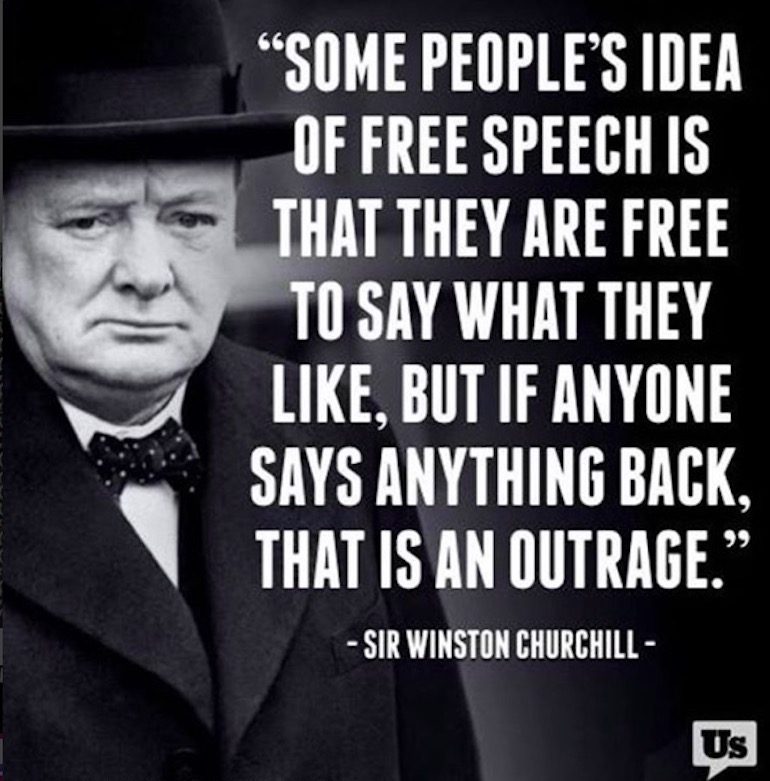 Play by all the right rules, and have the right opinions — and stop with those jokes and memes at the left’s expense — and you might (might!) be allowed to play with Zuck’s toys.

Otherwise, you’ll have to sit in time out.

Can you imagine someone expecting Churchill to play by those rules?

I’m pretty sure that’s how we all feel with Facebook these days.

Hey Zuck — how’s that latest Data Breech working out, by the way? Yeah. The party’s over. Last one to leave, don’t forget to lock up.

He is, once again defying all political odds, and is whipping up strength down-ticket on the Mid-terms.

He stuck to his guns over Kavanaugh and convinced the Senate to do the same, and the polls are showing it!

Not long ago, the Media(D) were excitedly chattering about a blue wave. Then the gap narrowed.

The art on his board is a nice touch, too.

Get your own print today.

Presidential “I Know You Are But What Am I?” Debates & COVID Stimulus Spending
October 1st, 2020 Sons of Liberty Media