Let’s face it, the pro-abortion argument is not a logical one.

Look, abortion is admittedly a complex issue. There are the two competing rights of the woman’s bodily autonomy and the life of the unborn. I readily admit that.

However, the pro-abortion argument that a woman’s bodily autonomy trumps the life of the unborn is an utterly vile one that, when taken to its logical conclusion naturally leads to infanticide. A newborn is dependent upon another person to survive, and where does that end, exactly? Taken to extremes, the same argument could be made for the killing of those that can’t care for themselves — older children, the infirm, the elderly, those with mental and/or physical disabilities. And in this one horrific example, a 30-something-year-old man-child. Could the parents have just offed him instead of evicting him?

No, obviously not. That would be murder.

Oddly, that word doesn’t come up when discussing abortion with the real die-hard advocates. (Pun intended)

The pro-abortion crowd isn’t so keen on giving you an answer on that. Once they do, that changes the standard.

Technology has drastically altered what we know about babies in-utero since Roe vs. Wade.

Here is a 4D ultrasound of a fetus at 12-weeks:

That’s not looking like a ‘clump of cells’ to me.

In the United States, there are laws that treat an unborn baby as a person. 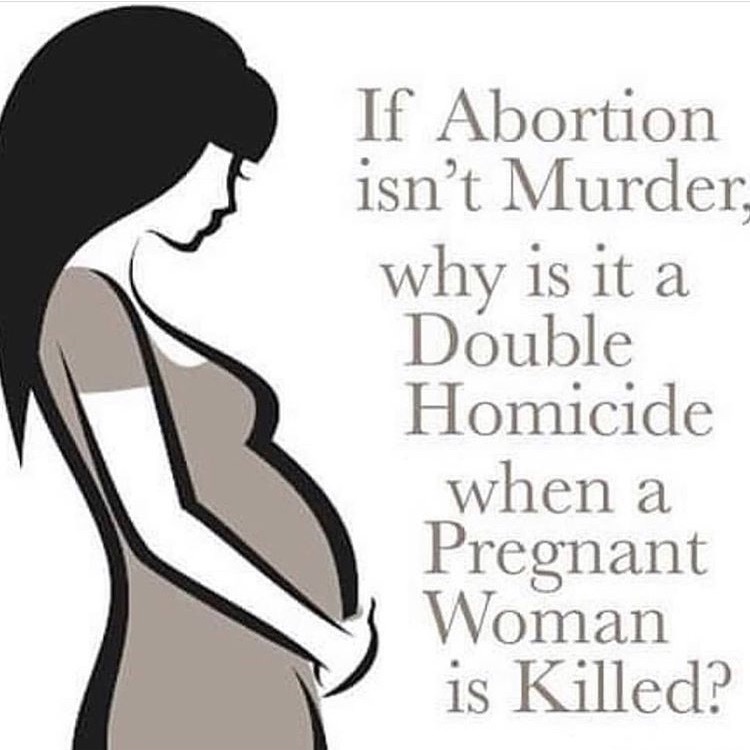 How does a pro-abortion activist square that circle?

By finally becoming honest and admitting that a baby is a baby in the womb only when it is wanted by its mother and/or father.

Is that the standard that we want ‘life’ to be?