One look at his truck, and you’ll know the kind of man we’re talking about. This guy is the real deal.

It’s easy enough to talk big about all the wonderful things you would do if tragedy strikes. But putting put your money where your mouth is when the time comes is a whole other matter.

When you SEE the danger, when you FEEL the flames licking at your vehicle — which, being filled with flammable liquid is essentially the same thing as being strapped to a bomb — you really discover whether or not you have the courage of your convictions.

Allyn Pierce is an amazing man with courage to spare. He’s one of the heroes from where the blaze hit in Paradise, CA.

Take a look at what’s left of his truck.

Here's the crazy story of just one of the many heroes in Paradise, the town destroyed by California's deadliest fire ever. His name is Allyn Pierce, and he's the badass nurse who drove this truck through the flames. pic.twitter.com/xAL7zRf34H

We’ll take a closer look at his story, but we would be remiss if we didn’t help get a clear picture of the sort of scene he would have been faced with… what danger it was that tested that courageous heart of his.

HELL ON EARTH: Terrifying video shows what one man faced as he drove through the #campfire in #buttecounty ..giant flames, flying embers & falling trees. Colton Percifield escaped the fast-moving fire, others may not have been so lucky. The town of #Paradise was devastated. pic.twitter.com/9xi3a2QBRY

Harrowing footage captures family fleeing from the massive #CampFire as flames consumed the town of Paradise in Northern California.

This family managed to escape to safety. The entire town of about 27,000 was ordered to evacuate because of the fire. https://t.co/0yfsSD1Xfu pic.twitter.com/mfaXzEfEjp

It’s something right out of Dante’s worst nightmares.

But it’s often the worst situations that brings out the best of human nature. It certainly was in this case. 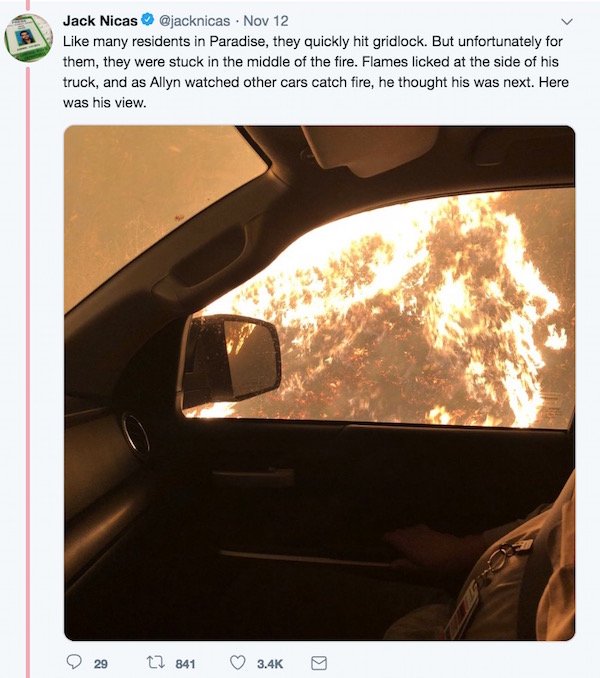 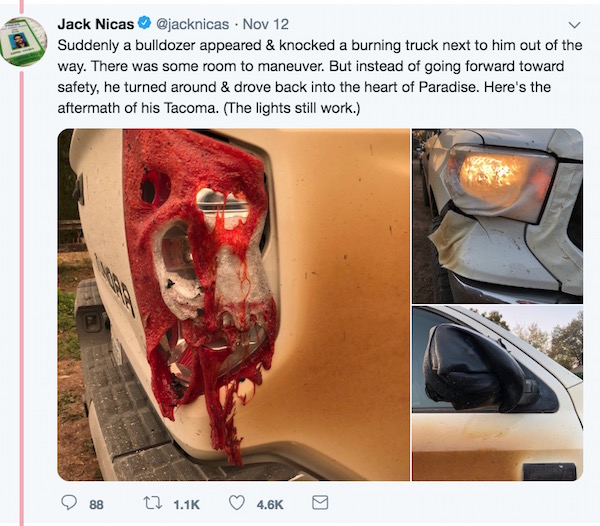 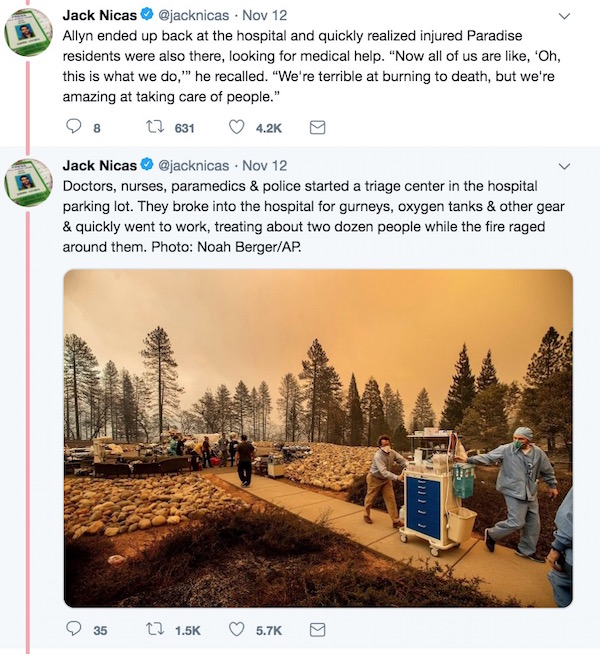 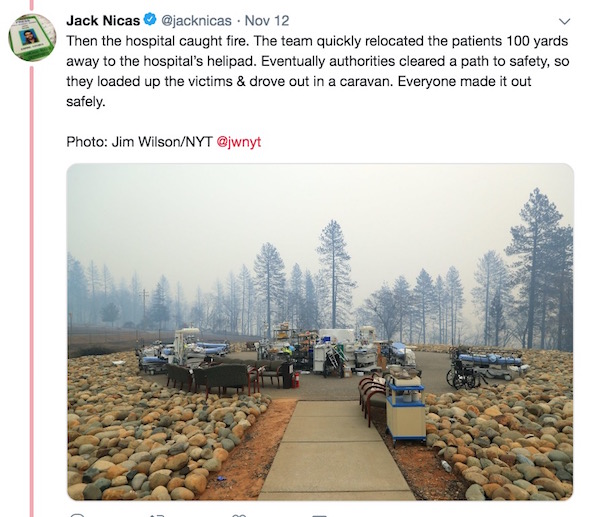 In moments like these, all our stupid superficial labels fall away. It’s not my team or your team, this race or that race, this gender or that gender.

It’s humanity versus imminent death. In that situation — however briefly — we all find ourselves on the same team.