A minor ‘spat’ has erupted between the President and Justice Roberts.

It was a bit of a media Rorshach Test. Those who wanted to see a dangerous leader railing against the Judiciary found a way to do so. Others saw just a (very) public difference of opinion.

Trump — whose Article II powers specifically includes the prerogative to make decisions about Immigration — was upset about a judicial ruling against his limitation of asylum claims to those who enter Americal lawfully through a proper border crossing.

There are a lot of CRIMINALS in the Caravan. We will stop them. Catch and Detain! Judicial Activism, by people who know nothing about security and the safety of our citizens, is putting our country in great danger. Not good!

“79% of these decisions have been overturned in the 9th Circuit.” @FoxNews A terrible, costly and dangerous disgrace. It has become a dumping ground for certain lawyers looking for easy wins and delays. Much talk over dividing up the 9th Circuit into 2 or 3 Circuits. Too big!

Frankly, many others saw that decision as out of line.

But when Trump criticized the “Obama Appointees” of the Ninth Circut … Justice Roberts weighed in and got political.

“We do not have Obama judges or Trump judges, Bush judges or Clinton judges,” according to Roberts, who originally responded to the Associated Press, via a statement issued from the Supreme Court’s press office. “What we have is an extraordinary group of dedicated judges doing their level best to do equal right to those appearing before them. That independent judiciary is something we should all be thankful for.”

Here was Levin’s answer to Robers on Facebook, since he wasn’t going to be on-air that night:

It appears John Roberts doesn’t live in the real world. A few decades ago he understood that there are, in fact, too many progressive judges and justices who legislate from the bench. Indeed, when it came to Obamacare, Roberts himself led the court’s leftists in rewriting the Constitution and imposing that damnable law on all of us. We don’t need any lectures from him. Indeed, he should be admonishing his own branch of government for its outrageous activism rather than playing to the media by attacking the president. Classless

Here are the two ways in which Roberts is WAY off base.

As someone who sits in the uppermost portion of those invested with Article III powers, he might have addressed whether there was a tendency of those within his branch of government to infringe on the duly enumerated powers of the other two branches. As a for-instance:

Roberts has remained silent as a series of outrageous decisions from federal district judges has substituted a single judge’s decision on what the POTUS should do for the authority granted to the chief executive by the Constitution.
Source: American Thinker

Instead, he chose to argue with the President about whether Trump should use mean words about his fellow judges.

What was the other point raised as an objection to Roberts?

Not surprisingly, while the Left was finding creative ways to point this as yet another reason this is the EndOfDemocracy™, the President had himself the last word on the issue.

Justice Roberts can say what he wants, but the 9th Circuit is a complete & total disaster. It is out of control, has a horrible reputation, is overturned more than any Circuit in the Country, 79%, & is used to get an almost guaranteed result. Judges must not Legislate Security…

….and Safety at the Border, or anywhere else. They know nothing about it and are making our Country unsafe. Our great Law Enforcement professionals MUST BE ALLOWED TO DO THEIR JOB! If not there will be only bedlam, chaos, injury and death. We want the Constitution as written!

If the Judge doesn’t have anything helpful to say about this topic, maybe he can sit down and have himself a nice hot beverage. 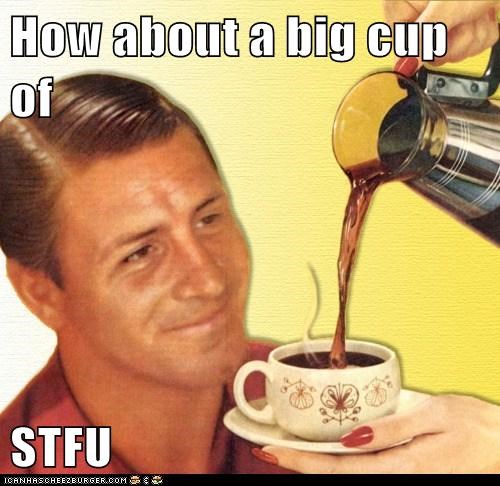