But it’s called the coolest school in town, so at least there’s that, right?

A school in Brighton labelled as ‘the coolest state secondary in town’ has 40 children who do not identify with their sex at birth with another 36 saying they are ‘gender fluid’.
Source: DailyMail

Parents have raised concerns about the impact of ordinary children with the rise of gender-fluidity activism in the school system.

The Ivy League study about there being a ‘social contagion’ component to students identifying as gender non-conforming has only heightened these concerns.

“Rapid-onset gender dysphoria” among teens and young adults may be a social contagion linked with having friends who identify as LGBT, an identity politics peer culture, and an increase in internet use, finds a study out this month from a Brown University professor. The study was quickly yanked from Brown’s news releases after a transgender activist feeding frenzy, and the journal it was published in is reconsidering the publication.
Source: The Federalist

That study makes for an interesting backdrop for any discussion about a school in Brighton with a startlingly high number of students that identify as gender nonconformist of one sort or another.

Are they just spectacularly open-minded to people with gender dysphoria? Or is there a culture in the school itself that is pressuring a whole new ‘Progressive’ kind of conformity?

Seventy-six students in a single school have identified as either ‘Trans’ or ‘gender-fluid’. The total student body there is reportedly 1,650.

That’s between 4 and 5 percent of the entire student body, which seems statistically… significant.

How old are the students? Are they 16-18 years old, with a fairly firm grasp on what human sexuality is all about? 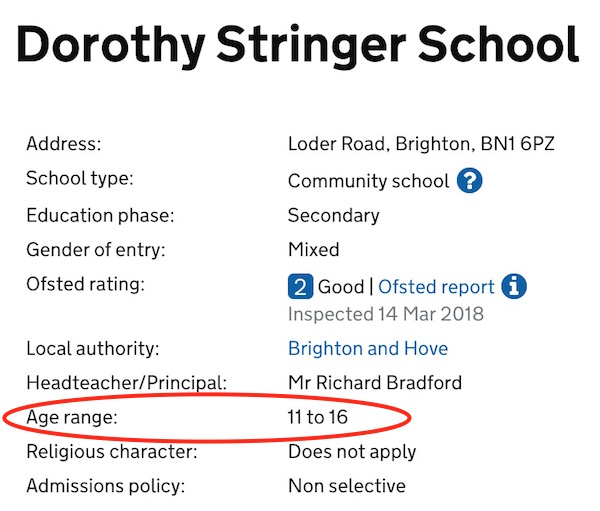 For some reason, this trend is raising more than a few eyebrows:

A school in Brighton has 76 students who identify as transgender.
40 children don't identify with the gender they were assigned at birth, 36 say they are gender fluid.

Trans activist Munroe Bergdorf says it's a result of society being liberal and accepting. pic.twitter.com/uZAghA2aaV

Stephanie Davies-Aria from Transgender Trend says children are being treated with an 'adult political ideology' by being allowed to transition whilst they are still at school. pic.twitter.com/yKdpdmz5Xr

The trend is in line with what’s happening in Brighton as a community.

The news marks a huge increase in the number of children in Britain seeking to change their gender.

The NHS has a specialist service for children wanting to change genders and referrals to it have risen by 700% over the past five years.

Allsorts is believed to have 27 members with an average age of nine.
Source: DailyMail

The quote at the end of the article is telling:

A Brighton teacher said: ‘What’s happening is worrying and many of us know it, but nobody wants to speak up and get shot.’

If it were happening in your kid’s school would you celebrate their open-mindedness, or would it concern you?

Seventy-six gender-nonconforming students in one school...