Look! A celebrity noticed a double-standard! Well, that certainly took a while.

Model and former MTV VJ, Daisy Fuentes Marx, posted her annoyance at TSA showing two standards for passengers — one for models in tank tops and a sweater, and another for Muslim women in a full burka and niqab.

What?!? TSA gives women in a full burka with their face covered a free pass through the security screening?

Of course they have to do this, otherwise, it would be ‘racial profiling’. You wouldn’t want to be accused of ‘racially profiling’ Muslims, even though Islam isn’t a race. Besides, it would be completely ‘Islamophobic’ to suggest that one Islamist could possibly use a burka to bypass security in order to commit a terrorist attack.

Hey @TSA The fact I HAVE to remove my sweater (which was only covering a tank top), but the woman in front of me was NOT required to remove any part of her full burka or head wrap (which covered her entire head & face) is absolute bullshit. How are we all ok with this? #fact

YouTube personality Mark Dice gives Daisy a lesson on How Things Really Are 101 (although he must have forgotten that she was Latina):

My comment clearly was not about Muslims or minorities.

But, she’s not buying it. She made it clear to the many Twitter comments that this wasn’t a religious issue but about obeying the law. She clearly stated that people should not be exempt from the law because of their religious beliefs.

Religious beliefs should not exempt anyone from following the law. That’s my point.

Just to be clear, she says she’s ok with TSA frisking nuns because that would be fair, or something.

I described the clothing because that’s what she happened to be wearing. Also applies to nuns or anyone exempt from law because of beliefs.

It’s about anyone exempt from LAWS because of beliefs.

Well, at least she’s holding everyone to the same standard, and that really is fine with me.

It is ridiculous that Fuentes had to remove her sweater and the other woman didn’t have the same requirement. Look, flying is a flaming sack of crap these days, and misery loves company. We should all be miserable together instead of having one woman in the full-beekeeper waved through TSA screening while a model in a tank top and sweater had to partially disrobe in public.

And really, why was Fuentes asked to remove her sweater in front of TSA in the first place? It seems just a wee bit odd.

Who knows, maybe TSA will answer her and we can solve this riddle.

Because it’s a complete enigma why they could possibly want her to take off her sweater. 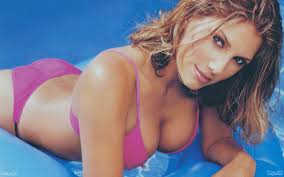 Until we unravel this mystery, there will continue to be two sets of rules because of the PC Police — one for the protected groups and one for the rest of us.