While Schumer is fighting like hell to keep the borders open and cities in California and elsewhere are working hard to undermine the work of ICE, keep stories like this one in mind.

Because there is a real human cost paid by both of those political ‘open-borders’ agendas. A real cost that our President has chosen to recognize as ‘Angel Families’.

And this punk just added some more families to that unfortunate list. Not that Schumer or Pelosi seem to care about them.

This is the guy that Democrats say isn’t really a meaningful threat to American Citizens. He’s just here for a ‘better life’… or something. 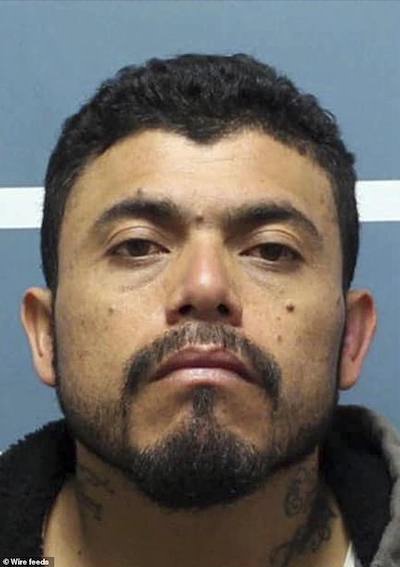 Authorities say 36-year-old Gustavo Garcia of Visalia killed a man and wounded several other people in apparently random shootings that started Sunday. He also robbed a convenience store, carjacked a truck, fired shots at his ex-girlfriend’s house, and finally injured four people in wrong-way car crashes on State Route 65 before he was flung from the car and died Monday morning.

Tulare County Sheriff Mike Bourdreaux says a motive is unclear but may have involved an ended relationship.

He also says Garcia had a long criminal history and was deported from the U.S. in 2014.

Here’s what’s left of the truck he stole at gunpoint: 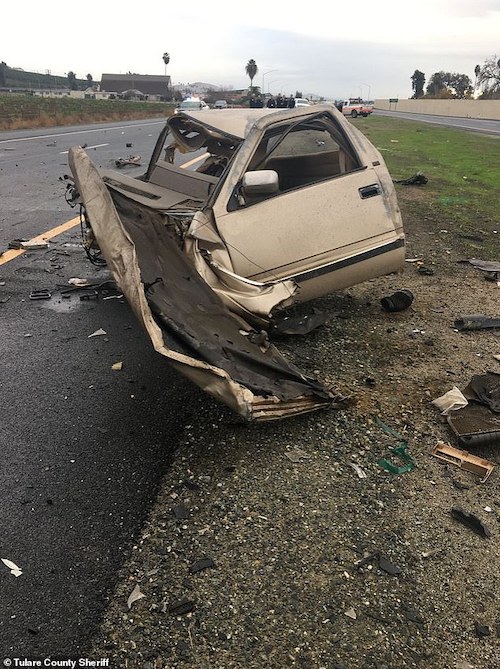 In attacks on apparently random strangers, Garcia also killed a man at a gas station convenience store, shot and wounded a farmworker in an orchard and a woman at a motel, carjacked other farmworkers and robbed a convenience store at gunpoint, Tulare County Sheriff Mike Boudreaux said.

He also fired shots in the backyard of his ex-girlfriend’s Visalia home as she and her children were inside and may have committed as many as a dozen crimes during a ‘rampage’ that began Sunday afternoon, he said.
Source: DailyMail

Had Garcia STAYED out of the country after being deported, all these people would still be alive and unharmed today.

But Democrats are actively making it HARD to keep people like Garcia out. They pull on heartstrings, they use language like ‘temper tantrums’ to belittle the President taking a stand.

But what they WON’T do is be held to account for the needless death of Rocky Paul Jones, whose only offense was being in Garcia’s way in a State that neither keeps criminals out, nor turns them in.

But Democrats try to claim WE are the heartless ones?

Oh really? Will a SINGLE Democrat dare show their faces at any of the funerals that would never have been planned if Garcia hadn’t been here in the first place?

We already know the answer to that question… don’t we?

Is there any wonder we’re so fired up about having Trump take a stand over the wall?