Avenatti has lost a case, suffered an unfavorable judgment in bankruptcy court, tried to deep-six Kavanaugh, and has exposed himself to legal jeopardy in the process.

His #FightClub slogan for his 2020 run backfired when he was (‘credibly’) accused of domestic abuse in the RECENT past by a woman who WAS willing to be named.

It must now seem so very long ago that he was the Media darling on almost every left-of-center network.

Exhibit A: this exchange with James Woods:

Riffing off a Politico piece that described the ‘hard times’ that Avenatti has fallen on, he opened Twitter and let fly. 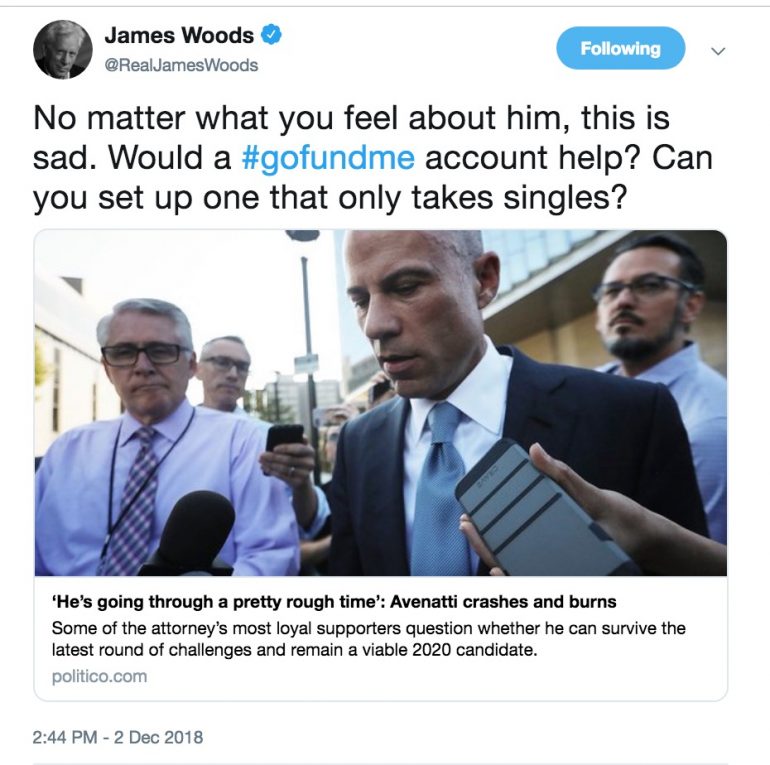 The ‘takes singles’ line is a stripper dig, seeing as he’s best known for representing one.

Predictably, he got pissy. 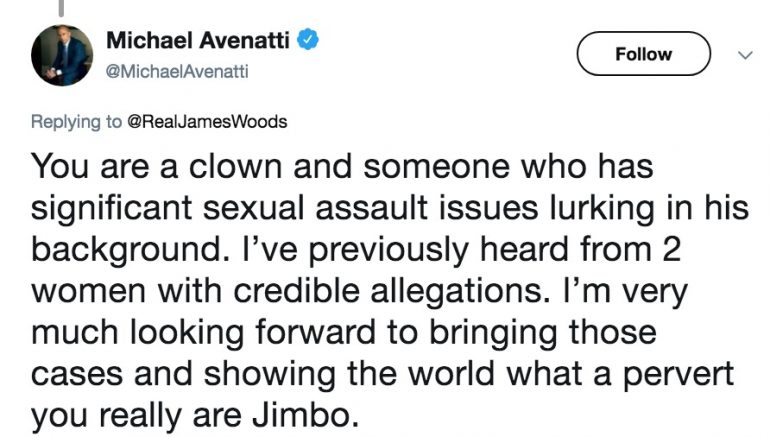 Credible allegations? Not sure you want to go there, Creepy. If we go ahead and ‘believe all women’ then you’ll be in a world of hurt, won’t you?

And how did that Last ‘credible’ allegation work out for you? It looked like this when the allegations fell apart:

And like this when the Senate made a criminal referral:

Michael, you have bigger fish to fry.

Have a sense of humor.

C’mon. Relax. Seriously. Take a joke with a smile.”

Narrator: He did NOT take a joke with a smile.