More than $30,000 later, she’s been badly disfigured, and surgeons are facing criminal charges.

Cosmetic surgery is not to be undertaken lightly. If you don’t REALLY need it, think long and hard about what might go wrong.

Veleslava Grigorieva (age 40) could never have imagined just how horribly wrong her own surgery would turn out.

Russian Investigative Committee official Alexander Shulga said the criminal case was being launched under accusing the clinic and its surgeons of failing ‘to meet safety requirements’ in carrying out plastic surgery.

The woman said: ‘I still struggle with the consequences of these surgeries.

‘All this affected not only my physical health, but also all aspects of my life.

The surgeons could face as much as six years in prison.

First, she had breast surgery by a doctor who had been trained in Canada and Sweden. Her nipples were ‘in the wrong place’ after that one. She tried to have that corrected, and get a Kardashian-style butt change in the process.

Here’s a photo of her before her nightmare began: 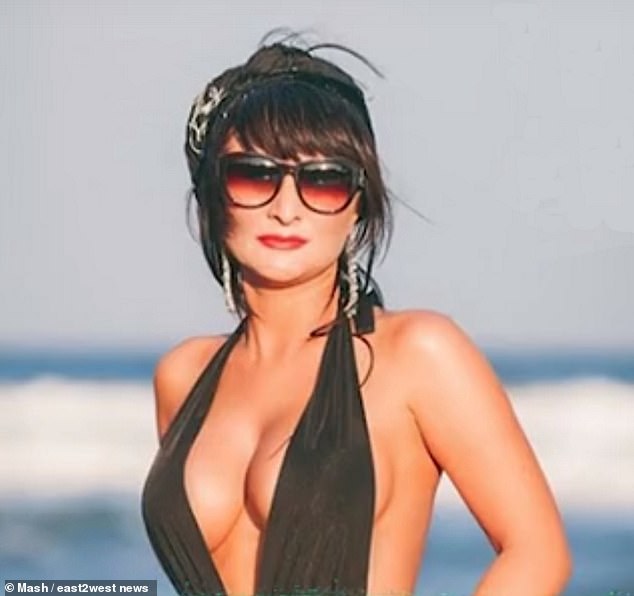 Then she went under the knife. It took a lovely feminine figure, and instead of making them ‘even better’, the surgery made life for her much, MUCH worse.

It got so bad, in fact, that she has to book 3 seats in a plane because she can only handle sitting down for a few minutes at a time. Here’s a photo of her before the surgery (top left), after the first one (top right) and after the last one (bottom). 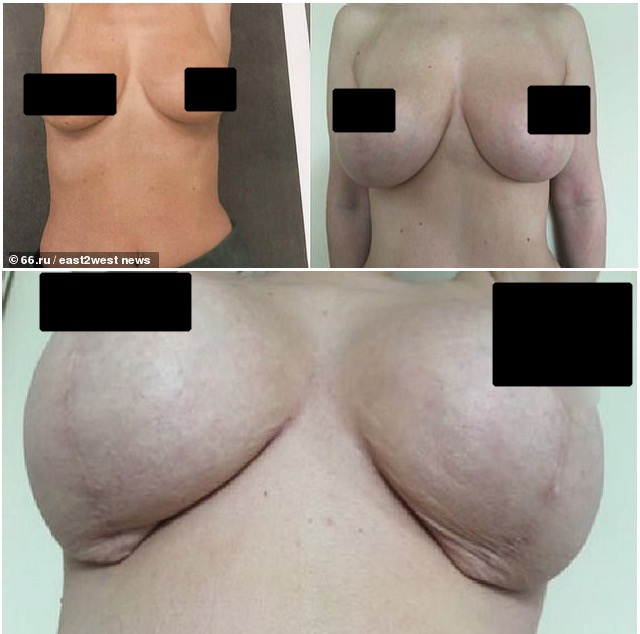 Brutal, right? That’s unpleasant, to be sure. But the real problem is the ‘hole’ now left in her buttocks after botching the surgery they convinced her to get there.

Veleslava returned to the clinic where another surgeon Nikolay Golubkov, agreed to do a new operation on her breasts and suggested she should ‘improve my buttocks’, she claimed.

She was given new liposuction and ‘lipo-lifting’ – when the buttocks are enlarged with the help of patient’s own fat removed from other parts of the body.

But after weeks of appalling pain she was told by a medic at another clinic she had an abscess in one buttock but they did not want to get the blame and ‘refused to help’.

Eventually she had to fly to Moscow to a new clinic where doctors ‘removed much of my buttock’.

Let’s read that last line again, slowly: “removed much of my buttock”. They weren’t kidding: 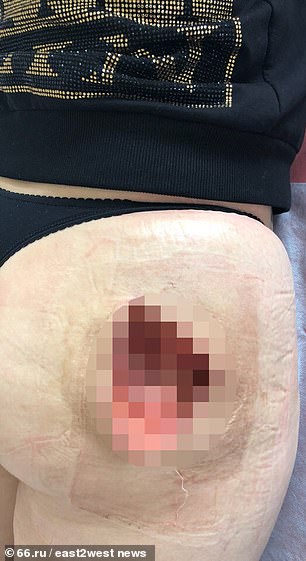 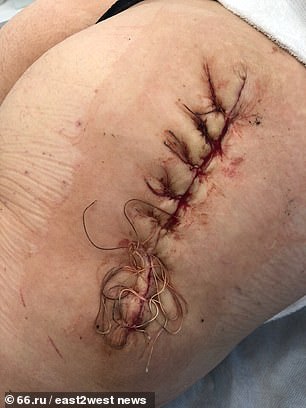 She paid one helluva price.

Remember ladies, cosmetic surgery — like any surgery — always carries a real risk. Consider them very carefully before taking that plunge.