The mere mention of his name is enough to set these guys off now. They won’t be able to see the humor in this. But you probably will.

Because for us, even when we’re fighting, we’re laughing. Not so much for the other guys, though.

Look at any late-night ‘comedian’. There is nothing light-hearted or whimsical about their jokes. They are intensely personal and venomous attacks masquerading as jokes.

Bitterness is all they’ve got left. What should we expect of people who crave power but don’t have any?

Meanwhile, we can still laugh at badly-written poetry. 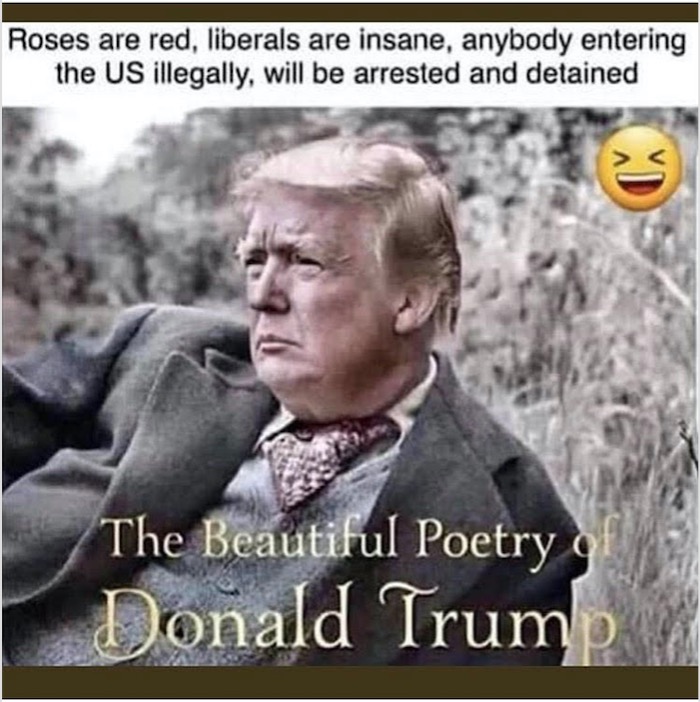 Why do we laugh?

Because Liberals have hitched their wagon to the opposition of the rule of law. Laws that CONGRESS has written, and they themselves once claimed to support.

But Democrats are actively violating US law to push forward their agenda. How Much Money Did Obama Secretly Give To Illegals – $50? $713? Or $310 Million?

Trump supports the rule of law. That’s why so many Patriots support him; they do so with a smile on their faces.

Is there some kind of a hidden message in this poem?