The freshman Congresswoman is a Media(D) sensation, but is she the voice of a generation?

She’s an outspoken Democratic Socialist who wants high taxes and a nanny state with free everything. Free college tuition, Medicare-for-all, and $15 minimum wage. 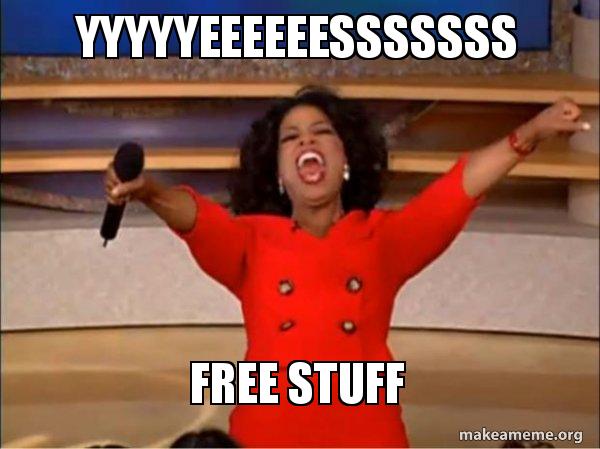 She endorsed the Democrats’ radical plan to combat Climate Change called the Green New Deal aims to have the entire country retrofitted to new ‘green’ solutions to reduce our dependence on fossil fuels in the next 10-15 years — which is laughably implausible.

She’s also said that it’s more important to be ‘morally right’ than factually correct. So, she’s the moral voice, now, is she? Is she pro-life? Not a chance. If you don’t stand for the life of the unborn child — the most vulnerable and voiceless individuals on the planet — don’t lecture me on morality, hon.

According to recent surveys, a whole heap of younger American love them some socialism or even communism if you can believe it.

They literally cannot define socialism except as the ‘yin’ to capitalism’s ‘yang’. The movie industry is even recasting The Joker as an anarcho-communist ‘good guy’ who is railing against a Trumpian figure — the father of Bruce Wayne. That is so revealing.

I guess they didn’t like Andrew Klavan’s take on the Batman Trilogy (starring the Satan-thanking Christian Bale) as movies with a conservative worldview.

So, is AOC the voice of her generation? If we’re going with ignorance voiced with passion, then that’s gonna be a ‘Hell yeah!’

During an interview on CBS’s “60 Minutes,” Anderson Cooper asked Ocasio-Cortez, “When people hear the word socialism, they think Soviet Union, Cuba, Venezuela. Is that what you have in mind?” He neglected to mention the vicious socialist regimes of Cambodia, Ethiopia, Poland, Romania, North Korea, and China, among others.

Ocasio-Cortez retorted, “Of course not. What we have in mind—and what of my—and my policies most closely resemble what we see in the U.K., in Norway, in Finland, in Sweden.” In fact, her economic proposals bear little resemblance to British and Nordic public policy.

She’s actually wrong there. Her suggestion that the vast SuperPower that is the United States could emulate the policies of a small country like Sweden is utterly ridiculous. Even the U.K. is having some trouble with its single-payer healthcare system. And many of these countries that nationalized industries are reverting to privatization as Britain and Sweden did with their Social Security and pension programs.

Alexandria Ocasio-Cortez’s ignorance of economics and foreign affairs typifies her generation. Despite holding expensive degrees in both Economics and International Relations from Boston University, Ocasio-Cortez threw up her hands in exasperation during an interview on Margaret Hoover’s “Firing Line” program, laughing, “I’m not the expert on geopolitics.” Fortunately for her, in the land of the blind, the one eyed man is king; and among a blithely ignorant generation, the lightly educated activist is congresswoman.

The seed of Millennial miseducation, which grew into the Tree of the Lack of Knowledge as activist educators substituted ideology for scholarship, is finally bearing its rotten fruit. According to one survey, one third of Millennials believe President George W. Bush killed more people than Soviet dictator Joseph Stalin. Over 40 percent of Millennials have never heard of Mao Zedong; another 40 percent and 30 percent, respectively, are unfamiliar with Vladimir Lenin and Che Guevara. Two-thirds of Millennials cannot identify Auschwitz, and 22 percent have never heard of the Holocaust, twice the percentage of American adults on average.

These are the people that are now making decisions at the voting booth and now in Congress.

The leftists in the Media(D) are constantly mocking conservatives for ‘having AOC living rent-free’ in our heads but they’re the ones that keep pushing her as the New, Bright Future™ of the Democratic Party. Besides, it’s not Ms. Occasional-Cortex that’s living in our heads, it’s the ridiculous failed Socialist policies that she espouses as the *Hope For All Americans™. (*NOTE: Hope For All Americans™ does not include ‘The Rich’ — a term with a fluid definition which will continually expand to include more and more individuals.)

The Five discuss how Ocasio-Cortez is ‘problematic’: