Cardi B put a call out for the 20 ‘best twerkers’ out there, and she flew them all to Miami to shoot a video.

Did she not get the memo about ‘MeToo’?

She’s singing about a b*tch being God’s gift to a D*ck.

Here lyrics aren’t even trying to sugar-coat it, or cover the topic in any sort of artistic or poetic terms.

The whole song is about getting laid. Full stop. Period.

(Would it surprise anyone to learn that she was a stripper, once? They DO say write about what you know, don’t they?)

Conservative Stephanie Hamill, 32, criticized the video, triggering something of a social media dust-up: 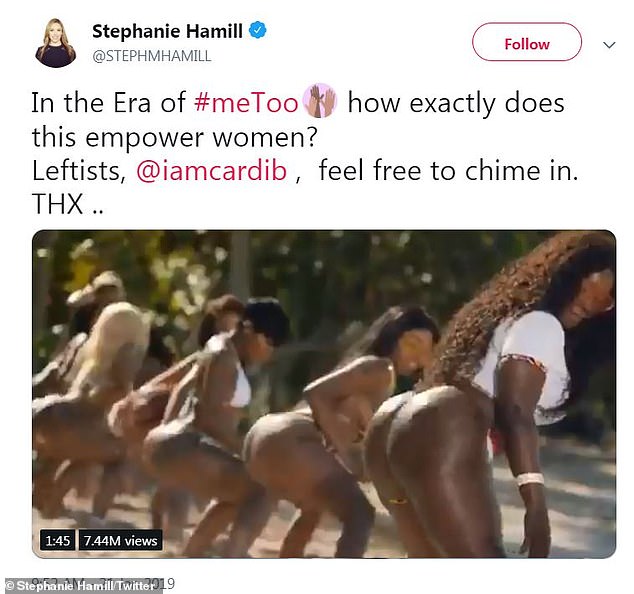 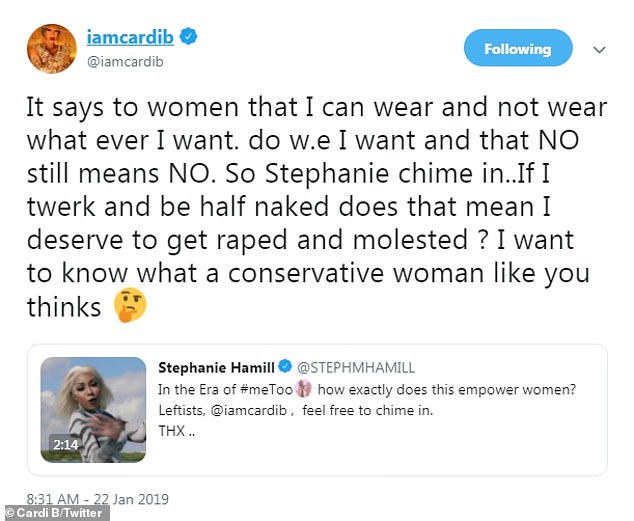 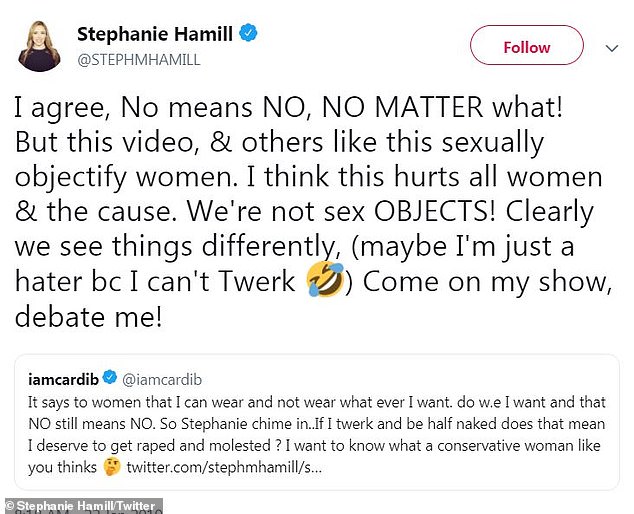 Women need to decide what they are truly looking for in a modern society.

Are they looking for the freedom to be sexual libertines, attracting men in a hook-up culture with no strings attached? As women have known since the beginning of time, there can be a certain amount of ‘power’ gained over men by such a trade-off. Ask any pretty gold-digging trophy wife, for example, or chick who debases herself for her ‘sugar daddy’.

But it does come at a price.

Or are women looking to be respected for other qualities they bring to the table? Their Mind, their Achievements, or even (dare we say it) their Virtue.

It’s easy to blame men for the fatherlessness that plagues society — and the huge economic and psycho-social disadvantages that flow from that epidemic of fatherlessness — but videos like Cardi B’s remind us that you can’t just blame deadbeat dads for leaving a trail of unwed baby mamas behind them… it does take two people to make a kid.

And half-nekkid women have been just as active in creating that sexually objectified culture as the men are.

Cardi B might enjoy all the freedoms of being a gazillionaire recording artist… but the poor suckers who suffer under the consequences of LIVING under the sort of life choices she sings about  — especially the fatherless kids — don’t get to just hop a plane and party in Miami whenever they feel like it.