If something SEEMS too good to be true, it usually is. If the Media(D) had anything resembling journalistic integrity, they would have realized that.

On Thursday night, Buzzfeed set the political world on fire with a supposedly ‘Bombshell’ news story alleging President Trump had illegally instructed someone to lie to Congress on his behalf. That witness was none other than the President’s own disgraced lawyer, Michael Cohen, who is now working with Clinton Flunkie, Lanny Davis.

The Media(D) could hardly contain their excitement.

When WE saw that story, we considered some facts. There was only ONE outlet reporting it. That outlet was BUZZFEED, who had already shown themselves disreputable when they published “The Dossier” that no self-respecting outlet would risk their reputation with. None of the usual Deep State leakers scrambled to their media contacts in the Press to play a personal role in ‘taking down’ the President with such damning news. And did we mention that it was BUZZFEED?

Our Spider Senses were tingling.

We weren’t even willing to touch that story with the weasel words ‘If True’. The story didn’t pass the sniff test.

We didn’t run it because WE at ClashDaily take both our integrity, and our readers seriously. We had no intention of selling out for a cheap clickbait piece — especially one with the political implications of a story like this.

We decided to wait a day or two to see whether the story actually checked out, or if it fizzled and needed retracting like so many OTHER hit pieces on Trump have done since he took office.

The same was not true of our Vaunted Free Press.

The mainstream media has been biased against @realDonaldTrump since Day 1.

And this is what putting bias before facts looks like. pic.twitter.com/U9W8UPBvgd

The ‘Orange Man Bad’ NPCs came out in force certain that they had the smoking gun. Curiously, they were all reading from exactly the same script.

Who knows but I love how you can pick out the media matters drones by the language they use after all this went down. pic.twitter.com/zarW62leWW

‘Pulitzer Prize winner’, eh? So it HAS to be true, because the professionalism of someone who wins an award can never be questioned, right? 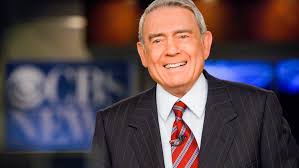 Have you heard of Dan Rather?

The internet was ablaze with the use of words like ‘Suborn’ and sly digs at the President’s ‘obvious’ guilt, and salivating wondering if THIS might finally be the time for Impeachment.

This completely uncorroborated story with unnamed sources had wall-to-wall coverage on the networks for the better part of a day, complete with endless speculation about both the President’s guilt and talk of Impeachment.

There’s no room for the presumption of innocence here, folks. But, after Kavanaugh, what did we really expect of them?

The party came to a crashing halt when Team Mueller Itself — MUELLER! — formally shot down the Buzzfeed Story.

WaPo Saturday: "Mueller’s denial, according to people familiar with the matter, aims to make clear that none of those statements in [Buzzfeed] story are accurate.”
Friday: "Impeachment" was said more than 200 times on CNN & MSNBC after each news org couldn't confirm the story.

Buzzfeed tried to save face and stand by their story anyway.

They stand by their story. Even after it got shot down by Mueller. Good luck with that.

Buzzfeed should take their own quiz: pic.twitter.com/NJNWcOPgPB

BREAKING: The Washington Post reports that Mueller’s statement about BuzzFeed's report is aimed at the entire report, "to make clear that none of those statements in the story are accurate."

If you REALLY want to tie the words ‘suborn perjury’ and ‘President’ into one story, you can still get there, you just have to look for another story. Here’s some help for anyone disappointed they can’t use their shiny new word anymore:

In the case of William Clinton, we had a President who lied repeatedly under oath, suborned perjury, and hid evidence. … He lied to the grand jury when his basis for doing so was to avoid admitting earlier acts of perjury.https://t.co/tnOSpBypYN

Activist ‘news’ site that they are, how does Buzzfeed double down after a story like that?

And the ‘reputable’ news outlets, what was their reaction after Mueller put an end to their celebration?

Well, Don Lemon suddenly Didn’t want to talk about that Buzzfeed story, because it’s been talked about enough already. Awww. Poor Don was heartbroken. Buzzfeed led him on, but didn’t deliver on their promises. #unrequited

And now, suddenly, the media CARES about the reputations harmed by their running of a bogus story.

.@jeffreyToobin: People who will think of media as "a bunch of leftist liars" who are willing to lie to hurt the president … "It reinforces every bad stereotype about the news media."@brianstelter: "They want you to think we're all crooked. We're not." pic.twitter.com/LX8PDKPvpK

Whose reputations are they defending? Not the people that get slandered by their bogus news. No. Never that. They are rushing to the defense of their OWN reputations, of course.

Sorry chumps, you had a chance to do the same thing ClashDaily did. View the story with skepticism until it becomes adequately confirmed.

But thank you for showing the entire world that the so-called ‘Fake News’ New media has more integrity than the multi-millionaire TV talking heads.

Trump doesn’t have to convince people that you are Fake News. You’re doing a great job of that all on your own.