A cautionary tale for the “it’ll never happen to me” party crowd: she survived the crash, only to face a good chance of seeing vehicular homicide charges.

It was not exactly the “St. Patrick’s Day to remember” Abby Michaels was expecting when she left for the party.

She crossed over the median in the area of the 49-mile marker in the paved turn-around and turned into oncoming traffic around 8 p.m. Sunday, according to Moraine police.

…Police had said they suspected alcohol may have been a factor in the crash. The crash report states beer came from Michaels’ mouth as medics attempted to make her breathe. She was wearing a St. Patrick’s Day shirt, multiple green shamrock necklaces and a temporary tattoo of a beer mug on her right cheek, according to the report. An officer found a large cup with a Fireball whiskey logo in her purse. 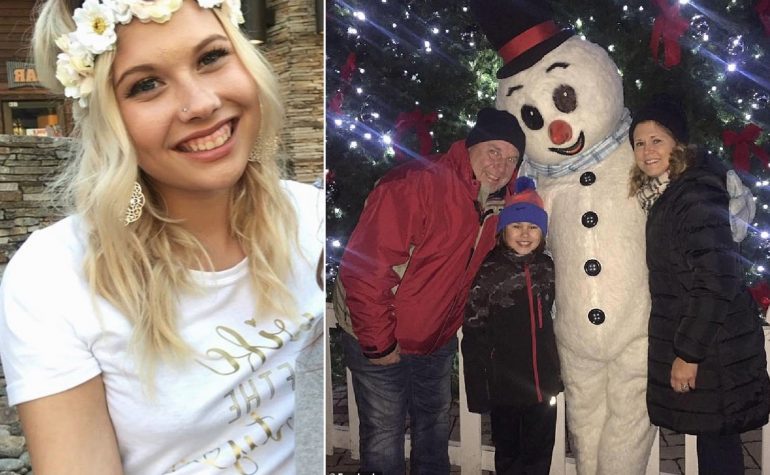 Abby was only twenty-one years old and four lives are over — three she snuffed out by driving drunk — and her own.

It’s easy to believe ‘it will never happen to me’ when you’re 21 years old, thinking you’re 10 feet tall and bulletproof. But don’t be stupid.

If you’re planning to go out and get loaded, at least find a safe way home… for everyone’s sake.