The carnage that unfolded was live-streamed and made to somewhat resemble a first-person shooter video game.

The live feed over social media looked something like this before it was taken down: 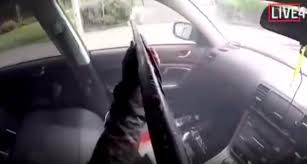 And despite NZ’s reputedly tough gun legislation, he brought an arsenal with him: 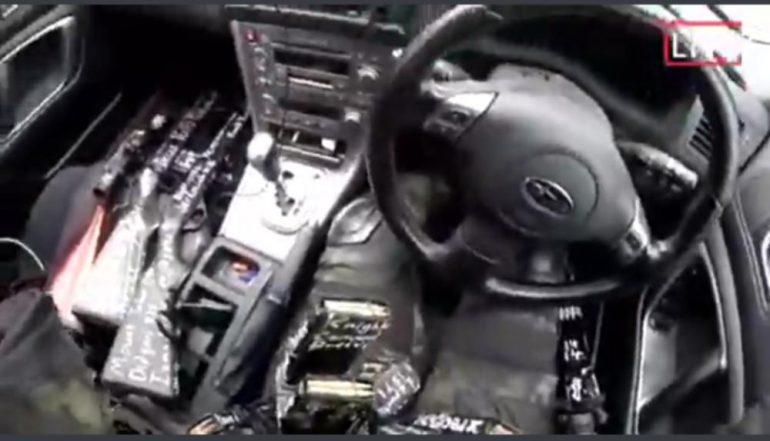 Forty-nine have been pronounced dead when at least one gunman shot up one mosque, fled to a second to continue his carnage and was eventually arrested. Two possible accomplices were being held as well.

Authorities have not specified who they detained, but said none had been on any watch list. A man who claimed responsibility for the shootings left a 74-page anti-immigrant manifesto in which he explained who he was and his reasoning for the attack. He said he was a 28-year-old white Australian and a racist.

Australian Prime Minister Scott Morrison confirmed that one of the people detained was an Australian-born citizen.
Source: APNews

That person was later identified as Brent or Brenton Tarrant. And he left a ‘manifesto’ explaining his rationale.

It has been compared to a ‘sloppy’ version of the Norwegian mass murderer who killed 77 people in a day camp back in 2011 before getting a 21-year prison sentence.

The manifesto that the presumed New Zealand shooter published is shorter and “more sloppy” than the one written by a Norwegian right-wing extremist who killed 77 people in 2011, but expresses similar sentiments, a Swedish terror expert said Friday.

Magnus Ranstorp of the Swedish National Defense College says the shooter is against mass immigration and “has to some extent the same themes as (Anders Behring) Breivik,” who posted his 1,500-page manifesto online before carrying out his deadly attacks.

Ranstorp told Swedish radio Friday that the New Zealand shooter, who killed at least 49 people in two mosques in Christchurch on Friday, claims to “have been in contact with Breivik’s sympathizers.”
Source: AP

He claims to have been an ordinary 28 year old lower-middle-class white guy who had a decent family life growing up.

He sees Western Culture imploding and changing the culture of the West because of (a) low birth rates and (b) high immigration.

He was explicitly taking this action with the acknowledged goal of pushing jihadis into an aggressive stance against the West, and triggering open conflict between Islam and the West.

His arguments are couched in ‘blood and soil’ logic that would be familiar to the Third Reich.

Screenshot from his document (the grey bar is the space between separate consecutive pages): 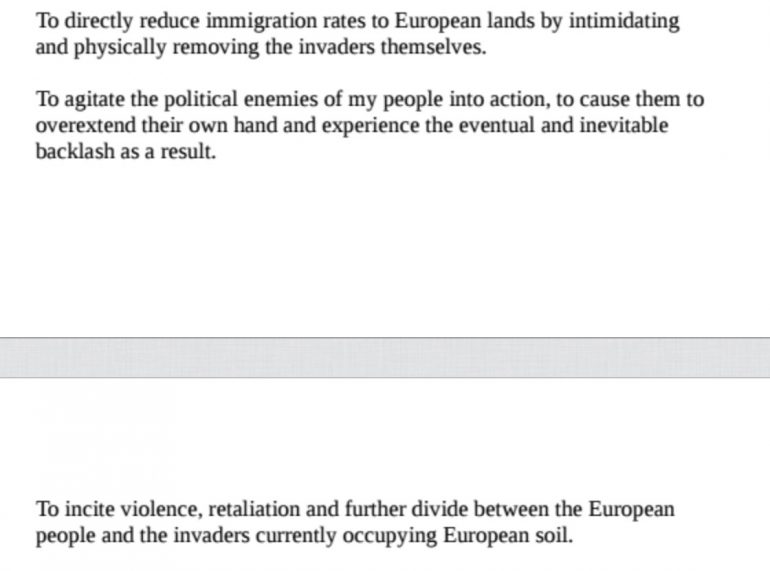 He explicitly calls for “an atmosphere of fear and change in which drastic revolutionary action can occur”. Sounds like he’s up to date on his Rahm Emanuel and Alinsky readings.

It’s hard not to notice that hatred like that would be right at home in an Antifa or BAMN meeting, except in those environments, the irrational seething hate would find itself a different target. Other than that… not so far apart.

Some news outlets have gone out of their way to pin this on Trump, or a few others he makes mention of in his manifesto.

Considering what he knows about Trump was probably filtered through international news media, it would be hardly surprising if he mistakenly thought Trump shared his views.

The ONLY mention of Trump in his manifesto reads as follows:

Were/are you a supporter of Donald Trump?

As a symbol of renewed white identity and common purpose? Sure. As a policy maker and leader? Dear god no.

Given that NOTHING Trump has ever done or said can be construed as “white” nationalism, we’re not sure what this guy is talking about. He provides no examples to support his thesis, however, he’s pretty clear that he doesn’t like Trump as a policy maker and leader. “DEAR GOD NO”
Source: GP

He’s an ignorant a-hole with an ax to grind, trying to gin up a race war.

He should be treated as such, if and when history makes any mention of him at all.

In the West — which he pretends to cherish — we have rule of law and an electoral process for raising our concerns to the public. In his supposed ‘act of patriotism’, this slug showed no more loyalty to traditional Western values than those men and women he believed were his inferiors.

Since this slob did us all the disservice of outliving his victims, he will get to find out just what that rule of law looks like … from the inside.