The worst part of the story is just who it was that organized this obscenity!

A mayoral race in Savannah, Georgia is getting more attention to the rules around one speaking event than the candidates themselves are getting. That’s because the rules for attendance were explicitly racist.

But the candidate — and some elected officials, past and present — showed up anyway.

Imagine replacing the word ‘white’ everywhere that black appears in this story. Would any of the attendees have been given a pass for even attending such an event, let alone speaking there?

With signs stating “Black press only” on the doors of the church where the meeting was held, white reporters were barred from entry, while black reporters for at least two television stations were permitted inside.

“This is not my idea,” Ellis said.

Savannah Alderman Estella Shabazz, who also attended, said that she had once owned a newspaper and she was a member of the black press, but she declined to comment on the policy barring white reporters from going inside. 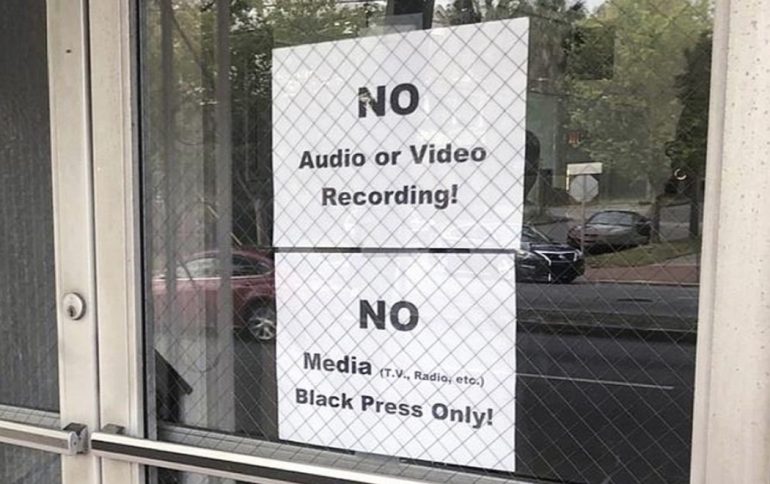 [Again, imagine what the news reports would look like if the word ‘black’ were replaced with ‘white’.]

Savannah Alderman Van Johnson, who is one of three African-Americans who have stated their intention to run for mayor, said afterwards that during the meeting he had talked about his vision for an inclusive and progressive Savannah. With regards to the discriminatory policy at the door, Johnson said he believed people have the right to assemble and determine the rules of their assembly.

“It’s not my meeting,” Johnson said. “I was asked to come and give a statement, so I came and I gave a statement. What I said in there, I’ll say out here.”

Louis Wilson, who said he is going to run for mayor again after an unsuccessful run in 2015, also spoke during the meeting about his priorities. Afterwards, Wilson also declined to discuss the press restriction.

“I didn’t plan the meeting so I can’t comment on that part,” he said. “I came to say what I had to say.”

That’s the funny thing about freedom of assembly — you absolutely have the right to set the rules of your own private meeting.

But never forget, that doesn’t absolve anyone of consequences. The rest of us have a right to an opinion about just what kind of a person participating in such a meeting makes you.

Our harshest criticism is reserved for the organizer:

With signs stating “Black press only” on the doors of the church where the meeting was held, white reporters were barred from entry, while black reporters for at least two television stations were permitted inside.

The event was coordinated by the Rev. Clarence Teddy Williams, owner of the consulting firm, The Trigon Group, who declined to discuss the entry policy.

A man calling himself a Christian preacher has created a racial criterion for participation in an event he has organized — and he has used a building consecrated to the worship of God to do so.

While it’s true that there are churches that tend to be racially monochromatic, that’s a weakness of the American Church, not a strength.

Rev. Dr. Martin Luther King had a dream that we would all be judged by the content of our character. He found that idea in the pages of Holy Scripture.

Gal 3:28 for example: “There is neither Jew nor Gentile, neither slave nor free, nor is there male and female, for you are all one in Christ Jesus.”

Or go to the Back of the Book, Revelation 7:9 “After this I looked, and behold, a great multitude that no one could number, from every nation, from all tribes and peoples and languages, standing before the throne and before the Lamb, clothed in white robes, with palm branches in their hands, and crying out with a loud voice, “Salvation belongs to our God who sits on the throne, and to the Lamb!”

You can be politically divisive as a race-baiter, or you can be a faithful example of the Christian gospel.

You can’t be both. You’d think the MODERATOR of a missionary association that calls itself ‘Berean’ would know that. But judging by their profile pic… 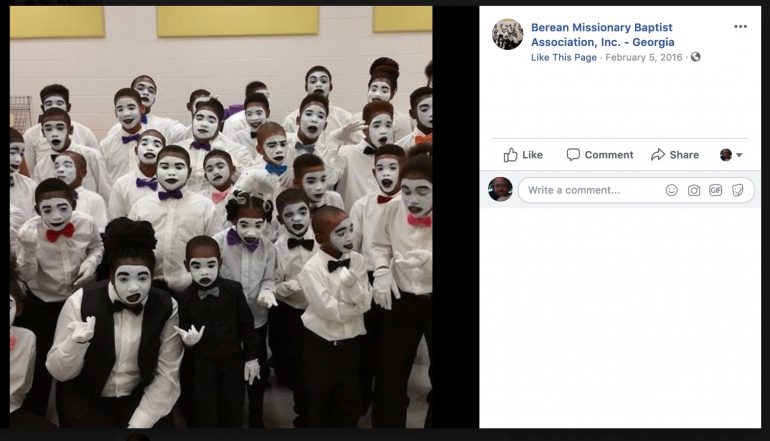 And it would be interesting to see whether exclusion like this at a public event for those seeking public office is, in fact, compliant with election regulations.

Judge In Maricopa County Says Senate Subpoenas For Election Materials Is Both ‘Legal And Enforceable’
February 26th, 2021 The Political Cowboy