The 2013 Arms Trade Treaty Obama signed that was never ratified is now officially off the table.

Obama put his signature to an ‘Arms Control’ treaty that would subject Americans to legally binding regulations set by the so-called ‘international community’.

And in his speech to the NRA, yesterday, Trump erased yet another of the Obama administration’s misguided legacies.

“We will never surrender American soverignty… to anyone!”

Globalism’s cheerleaders were not, by any means, happy about it. For those keeping score at home, the UN is the same ever-so-trustworthy ‘international community’ that will ignore stories like these… 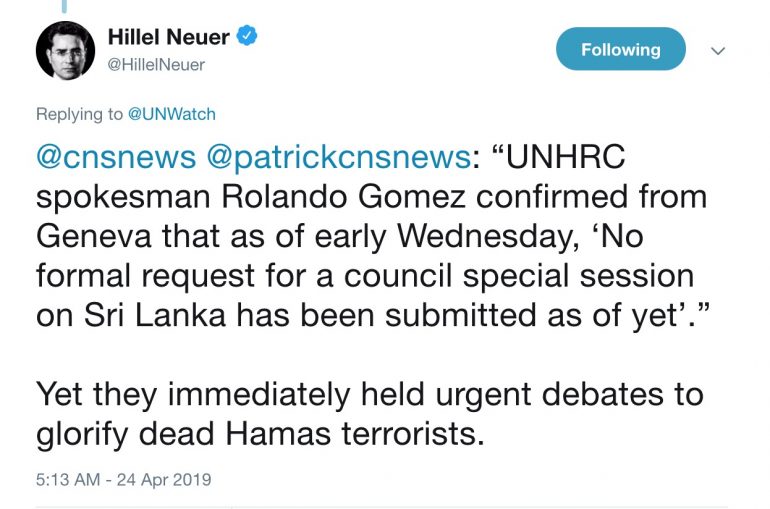 While piling on some of their favorite targets, namely, Israel or sometimes even the US.

And yet, somehow, Obama trusted them enough to give unaccountable foreigners binding legal authority over US arms manufacturers? Oh, sure, the Leftosphere will be calling this a ‘terrorist-friendly’ move. (Reuters and Al-Jazeera have both used variations of the phrase ‘heeding NRA’ in their headlines.)

These same leftist websites don’t find any reason to talk about the negative implications of outsourcing our legal system to a group that’s already shown to be corrupt and plagued with scandal — including 1700 allegations of sexual abuse scandals.

Do we really want American citizens to be subject to THEM? Trump doesn’t think so. After all, one of his slogans is: Put America First.

Which is exactly what he did.

President Donald Trump says he’s withdrawing the U.S. from an arms trade treaty because it’s “badly misguided.” He made the announcement in a speech to the National Rifle Association. The move comes as pro-gun legislation is largely stalled in Congress and Trump is imploring the NRA to rally behind his re-election bid.

President Barack Obama signed the pact, which has long been opposed by the NRA, in 2013. But it has never been ratified by U.S. lawmakers.
Source: AP

The same President Barack Obama who’s ‘scandal-free’ Presidency gave us the Fast & Furious gun walking scandal, resulting in the death of an American Law Enforcement official, and who told Law Enforcement agencies to ‘stand down’ in their investigations into Hamas moving from ‘merely’ a terrorist group to a fully-fledged multi-billion-dollar criminal Cartel gets a pass from the websites, while the Koolaid drinkers on the hard left will cynically say Trump is ‘pro-terrorist’ for pulling this signature.

Even the reporting of this treaty seems more than a little dishonest. The supposedly-impartial AP said this:

It is the first legally binding treaty to regulate the international trade in conventional arms and was overwhelmingly approved by the 193-member U.N. General Assembly in April 2013. It has been ratified by 101 countries.

Dujarric says the treaty “is the only global instrument aimed at improving transparency and accountability in the international arms trade.”
Source: AP

Did you spot the mistake? What percentage of 193 countries is 101? That’s right, about 52%. That’s somehow ‘overwhelmingly approved’. Obama turned a blind eye to ARMS traders while pursuing a deal with Iran. If an American President was cutting corners like this, how ‘binding’ do you think it will be on countries like China, Russia or Venezuela who have more … shall we say ‘elastic’ understandings of the rule of law?

Trump has been an Anti-globalist from the beginning.

America was founded upon the principle of, among other things, ‘the consent of the governed’. Obama tried to give that consent away. Trump took it back.