Breyanna Dean, a 24-year old from Massachusetts now living in New Port Richey, Florida was arrested Saturday for extortion after posting explicit photos of the victim across his social media accounts and then allegedly changing his passwords to lock him out of them. She demanded that the victim pay her to stop posting pictures of his genitals online.

Dean, also a mother of three, has posted $10,000 bond on the felony count and has been released.

Breyanna Dean, 24, from New Port Richey, Florida, shared the photographs across the victim’s social media accounts after accessing them through his old mobile phone, according to a court complaint.

The unidentified man was locked out of the accounts by Dean who allegedly changed the passwords after sending the images through direct messages. 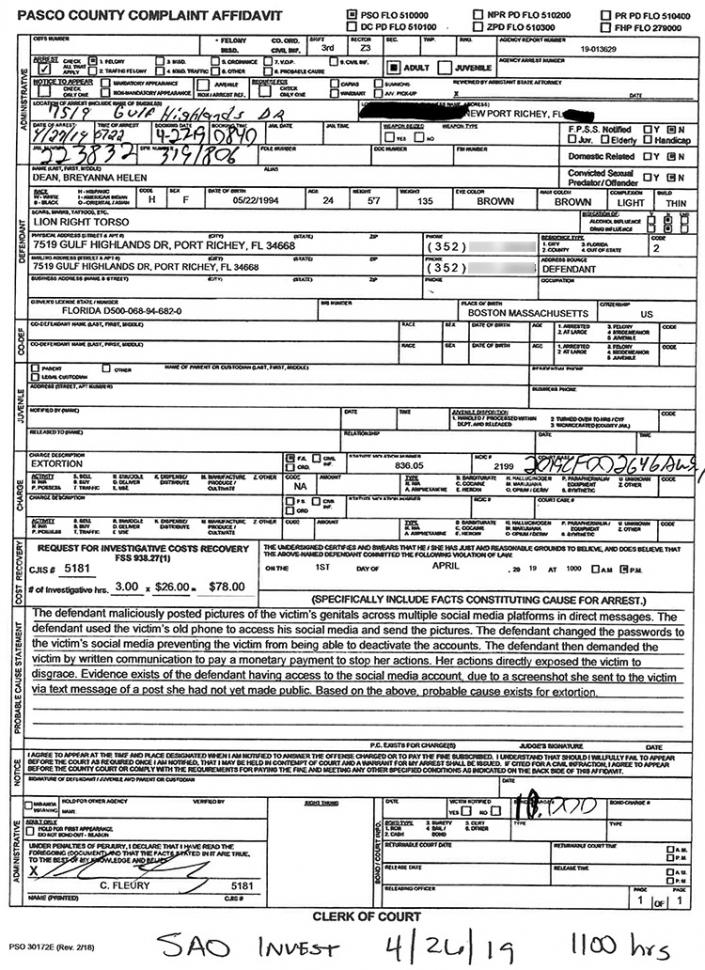 Dang, this chick is a real peach, isn’t she?

According to court records, Dean has previously been convicted on charges including disorderly conduct, careless driving, and leaving the scene of an accident.

She was also reportedly accused of cyber-stalking twice last year.

In one case, a female secured a six-month restraining order against Dean, while a second woman was granted a temporary injunction before her action against the mother was dismissed by a judge.
Source: Daily Mail

Don’t trust a chick who posts selfies with devil’s horns.